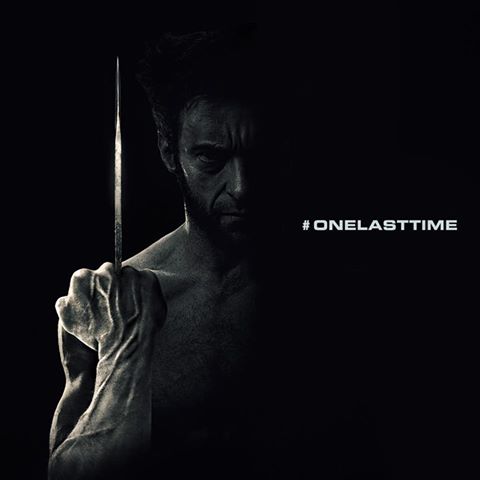 Even before production on next year’s “Wolverine” commenced, there was already prominent buzz regarding the narrative that it would tackle. Given that it will be Hugh Jackman’s swan song, following 17 illustrious years of bringing the superhero to life, fans have been especially piqued as to how 20th Century Fox will play out the film.

One of the most prominent speculations is that the yet to be titled “Wolverine” project will bring adapt the “Old Man Logan” comic book series to the big screen, and recent sightings of Jackman may have very well confirmed this theory.

The Australian actor took to his official Instagram account to post a photo of himself looking older and more tattered compared to how Wolverine normally looks like. The snap had been a cause for concern for fans who thought that Jackman was battling some kind of sickness. And while no official explanation has been given, it is likely that this will be the look that Jackman will be sporting in the forthcoming R-rated movie as “Old Man Logan” features a retired Wolverine living in a dystopian, villain-filled world.

Aside from the Academy Award nominee, another actor joining the film is Sir Patrick Stewart, who played Professor Charles Xavier in the original “X-Men” movies as well as in the prequel film “X-Men: Days of Future Past.” While Jackman has always been forthcoming about hanging up his claws after “Wolverine 3,” Stewart’s latest comments have insinuated that he may also be retiring from the X-Men Cinematic Universe after the upcoming movie.

“I can’t say because I don’t know, but I would imagine this is probably the end of this franchise for me. But the thing about science fiction and fantasy is that you can never, ever say it’s the end, it’s over,” the veteran actor told ITV.

Nevertheless, the 76-year-old actor still acknowledged the fact that in the world of science fiction, everything is still possible. He even teased the different Professor X that will be featured in “Wolverine 3.”

“Yes, I have, I have [died in the series]. Jean Grey [Famke Janssen] vaporized me, from which you would think there would be no return. But watch out! In March, I’m going to be back on the screen again. A very different Charles Xavier, that’s all I’m allowed to say. Nothing like the Charles Xavier you’ve seen in the past,” he added.

True enough, set photos that have leaked online showed a much older mutant mentor who appeared to be in pain. Jackman, in his Logan identity, was seen pushing his character’s iconic wheelchair.

Should things go according to plan, given Jackman’s and Stewart’s separate comments about giving up their respective mutant alter egos, it would really be the end of an era for “X-Men” fans. Both actors took on their respective roles almost two decades ago since the first “X-Men” movie premiered in 2000.

'Orange is the New Black' season 5 spoilers: Piper may die...