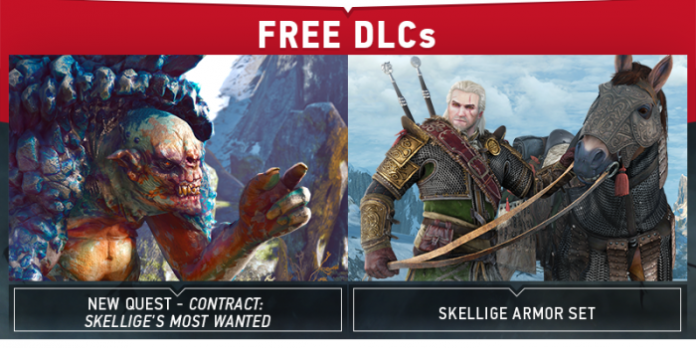 Fans and players of The Witcher 3: Wild Hunt are once again set to receive a new DLC pack for free, as Week 6 contains DLC numbers 11 and 12, out of the promised 16 free DLC packs.

According to the official Twitter account of The Witcher, this week’s free DLC pack will feature a new quest and new items for the game:

Additionally, game developer CD Projekt Red addressed issues regarding players who were not able to download the free content for their DLC Week 5.

“For those who did not get last week’s DLC, it will be included with this week’s pack. Sorry for the delay,” they said through another post,

Along with the new free content, CD Projekt Red will also release another patch update for the game’s console edition, update 1.05. The update is set to fix some minor issues with the game. Below is the patch note for the update, courtesy of Game Informer:

Unlike the previous update, this new and upcoming update notably focuses on lesser issues and fixes.

The Witcher 3: Wild HuntDLC is available for download from the North America and Europe PlayStation Store.