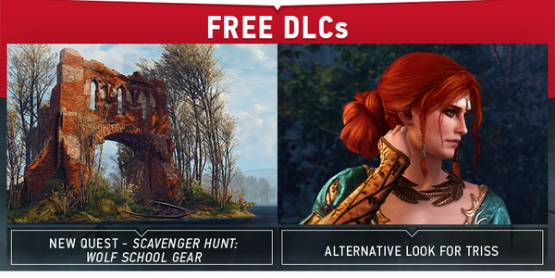 Fans and players of  Witcher 3: Wild Hunt are in for a treat this week, as the game is set to receive its fifth downloadable content (DLC) pack, and patch updates that fix reported and known issues within the game.

According to PlayStation Lifestyle, Week 5 of the release of free DLC packs for The Witcher 3: Wild Huntincludes a new quest and an alternative look for a character. This pack contains DLC numbers 9 and 10, out of the promised 16 free content for the game.

For this week, players will be getting a new questScavenger Hunt: Wolf School Gear, and an alternative look for Triss. The DLC pack can be downloaded in the North American and European PlayStation Stores.

Last week, the Week 4 DLC pack featured the Fool’s Gold Questwhere Geralt teams up with a village idiot on an abandoned village full of pigs, and the Ballad Heroes Neutral Gwent Card Setnew cards for the in-game card game.

Aside from the new DLC pack, the game is also set to release a patch update that will fix most known and reported issues. Patch updates 1.06 (for the PC version) and 1.05 (for the PS4 and Xbox version) will come later this week. Here is the list of patch notes for the update:

The update also fixes the save game and money cap issues.