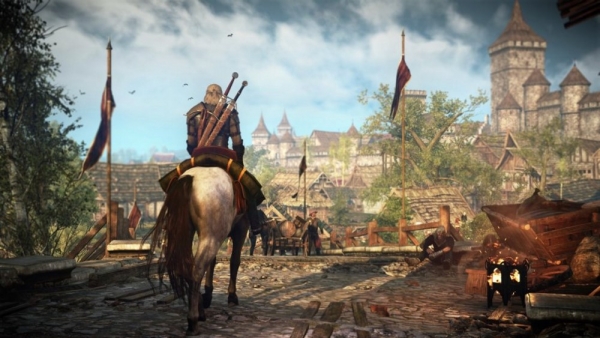 The new patch, update 1.07, fixes a lot of in-game issuesfrom animation bugs to UI and gameplay fixes. The new patch also adds gameplay features to provide gamers across platforms with an improved and better gaming experience. Due to all the features and fixes packed on the update, it eats up a massive 7.3GB worth of hard drive space.

However, there seemed to be an issue with the console version of the game following the update to patch 1.07.

In an analysis by Eurogamer, installing the patch 1.07 update seemed to have made a bad hit on the frame rate of the gameat least for the console version only. For the Xbox One, there seems to be at least 8fps drop in the game’s frame rate.

“Our analysis shows Microsoft’s console retains its advantage in frame-rate over the PS4 but there’s a downgrade in effect with the transition from patch 1.05 to 1.07. A horseback tour around Novigrad city remains largely stutter free on the latest update – as was the case before,” tech writer Thomas Morgan said.

“Essentially, gameplay on Xbox One now appears to rely on a similar double-buffer v-sync set-up to the PS4 game, locking its frame-rate to 20fps during these lulls in performance. This means that the reading on our graph is consistently lower on patch 1.07 as compared to 1.05, where it was free to waver between 20-30fps freely. On a matching route through the bog, frame-rate can be up to 8fps slower on the latest version of the game,” he continued.

A test for the PS4 version of the game on the same gameplay scenario yielded a result of 20fps frame rate. Effect-heavy scenes also suffered from a frame rate drop, one that was significantly lower than the frame drop with the previous patch 1.05 on.