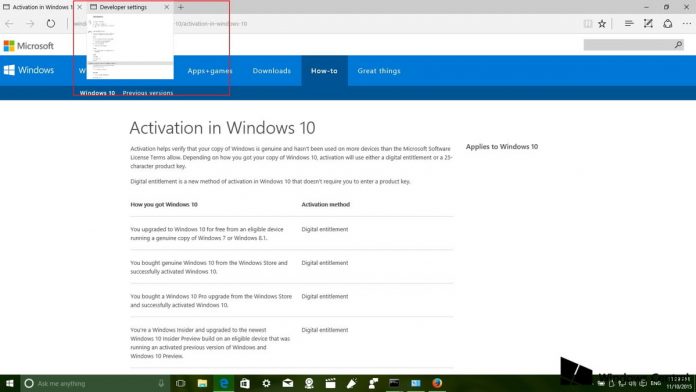 Microsoft continues to support users of Windows 10 since its launch last July 29. It has not been without a bump, but as of today, the issue encountered in its recent update is already resolved.

Around two weeks ago, as users of the July release shifted to the November update, some bugs surfaced. The concern was rooted on the four privacy-related settings, pertaining to advertising ID, Background apps, SmartScreen Filter, and Sync with devices, which reset to their default status and became new updates explained Ars Technica. These changes affected users who have disabled the settings initially. As part of Microsoft’s move, it has temporarily removed the November update. As of last week, the latest update has already already been up and without bugs. Windows 7 and 8.1 users were not impacted by the said glitch.

Having been in the market for four months now, Windows 10 received mixed reviews from users. For one, Info World believed that the problem encountered by the users in the November update was not attributed to Microsoft’s explanation but was due to a patch that was attempted but failed. Still, a lot of users try the latest operating system as Windows 10 users continue to rise, giving a 12.4 percent this month from August’s 8 percent. However, this also saw a decreased use of Windows 7 by 7 percent Neowin reported.

Meanwhile, Microsoft announced that it will stop supporting older versions of the Internet Explorer version next year. Beginning Jan. 12, only Internet Explorer 11 will receive security updates, technical support, and compatibility fixes for Windows 7, Windows 8.1, and Windows 10.

The latest Internet Explorer promises better security features, enhanced performance, and better backward compatibility and support at par with other website browsers. The company is encouraging its users to stay up-to-date in order to continue receiving support as well as avoid cyber threats.