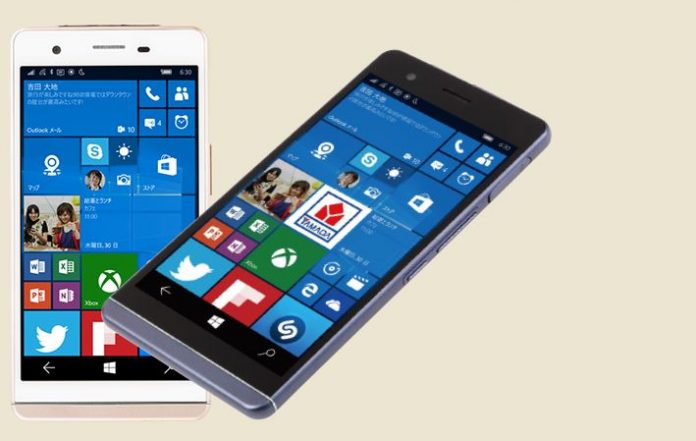 The Freetel Katana 01 Windows 10 smartphone is a midrange device running under a quad-core processor with a CPU clocking in at 1.1GHz. It is 132.8 mm tall, 66.3 mm wide, and 8.9 mm thick. It weighs 132 grams. Moreover, the upcoming device sports a 4.5-inch display with 654×480 FWVGA resolution. It packs 1GB RAM along with 8GB built-in internal storage capacity. The device supports external microSD expansion of up to 32GB.

As for the camera, the Katana 01 features a 5megapixel main rear camera with a 2-megapixel front snapper. It supports dual Micro SIM functionality. The device is powered by a removable 1,700mAh battery.

On the other hand, the Yamada Denki EveryPhone comes with better hardware specs, as it runs under a Snapdragon 410 chipset with a quad-core CPU clocking in at 1.2GHz. It is equipped with a 5.5-inch display with 720p HD resolution and 267 dpi rate. It packs 2GB RAM and 32GB built-in internal storage capacity. The device also supports external microSD expansion of up to 64GB. The device is 154.8 mm tall, 78.6 mm wide, and 6.9 mm thin. It weighs about 138.6 grams.

In terms of camera, the EveryPhone has a 13-megapixel main rear camera with dual LED flash and autofocus features. This is coupled with a 5-megapixel front camera for selfies.