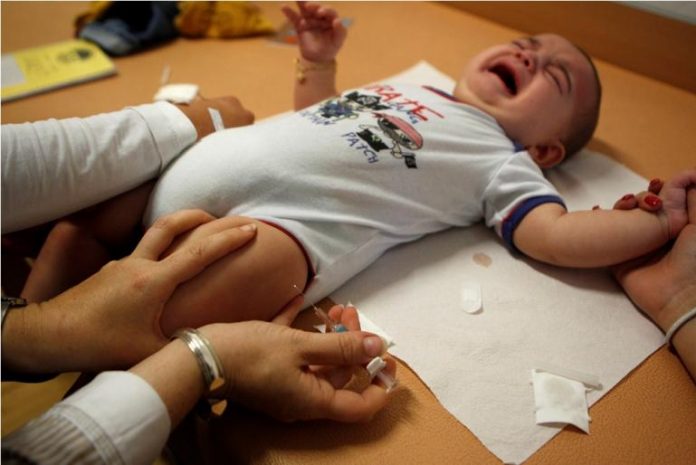 A new study claimed that whooping cough vaccines given to children and pre-teens weren’t as effective in the long term, prompting outbreaks in California in 2010 and 2014.

A study published online on “Pediatrics” looked at kids who obtained DTaP vaccines around the age of 5 and Tdap vaccines when they reached 14. Researchers with Kaiser Permanente Northern California found out that the “moderate” immunity given only lasted for at least a year and only less than 9 percent of protection remained in the following years.

Scientists have discovered the link between these vaccines and virus outbreaks in California.

“The strategy of routinely vaccinating adolescents to prevent future disease did not prevent the 2014 epidemic, arguably because the protection afforded by a dose of Tdap was too short-lived,” Dr. Klein explained in a press release. “While awaiting development of new vaccines that will provide longer-lasting protection against pertussis, we should consider alternate Tdap immunization strategies for adolescents.”

In case that happens, it wouldn’t be the first time an alternative whooping cough vaccine has been developed. In the 1990’s, U.S. health officials replaced an old vaccine with DTaP because the previous booster shot reportedly might have caused high-fevers and seizures.

“The issue is, the old vaccine against whooping cough had a difficult safety profile,” said Dr. Paul Offit, director of the Vaccine Education Center and a professor of infectious diseases at Children’s Hospital of Philadelphia. “Basically, we traded effectiveness for safety.”

According to the Centers for Disease Control and Prevention, signs of whooping cough are like symptoms of cold in addition to heavy coughing for weeks. Infants may also suffer serious breathing problems, lung infections, or convulsions.