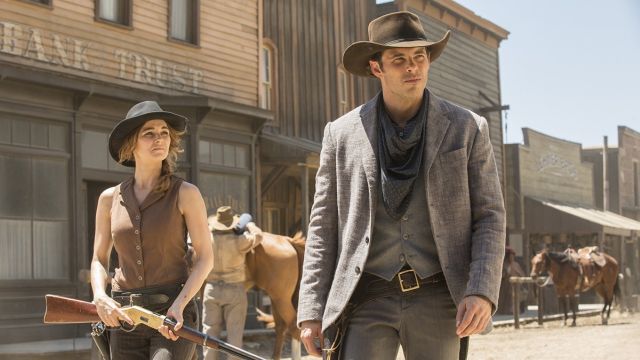 HBO continues to put out original programming on air this fall season with “Westworld.” The science fiction thriller which has rolled out only two episodes so far is already poised to be a worldwide phenomenon. In fact, on top of its massive reception in North America, the series’ debut was also the strongest premiere in the United Kingdom so far. And it is presumed that it is only a matter of time before it reaches other continents.

“Westworld” is nothing new in terms of narrative as it is based on the 1973 film of the same name. And at this point, the general viewing audience may already be worn out with revival syndrome. However, showrunner Jonathan Nolan is adamant that their version is more than just a typical reboot.

“We wanted to get that perspective in the show. We wanted to start with the hosts, make it clear where our allegiance lies,” he said in a recent conversation with Entertainment Weekly about last week’s episode titled “Chestnut.” “They’re very different characters than the original film. But since the Western is such an inherently male fantasy, when we thought about whose perspective we wanted to come into this park through, the idea of two bachelors like in the original film seemed perfect.”

Heading to this week’s installment called “The Stray,” Elsie (Shannon Woodward) and Stubbs (Luke Hemsworth) head into the hills to look for the missing host, while Bernard (Jeffrey Wright) investigates the root cause of hallucinations within the hosts. Teddy (James Marsden), on the other hand, takes off to find a new villain after he gets a new backstory leaving Dolores (Evan Rachel Wood) alone in Sweetwater. Elsewhere, William (Jimmi Simpson) and Logan (Ben Barnes) try a new ride.

As early as now, a multitude of conspiracy theories have been popping up online but given the young history of “Westworld,” it is best to assume that the secrets held in the narrative will not be coming out anytime soon.

'Gotham' Season 2: footage of premiere 'Damned If You Do' gives...