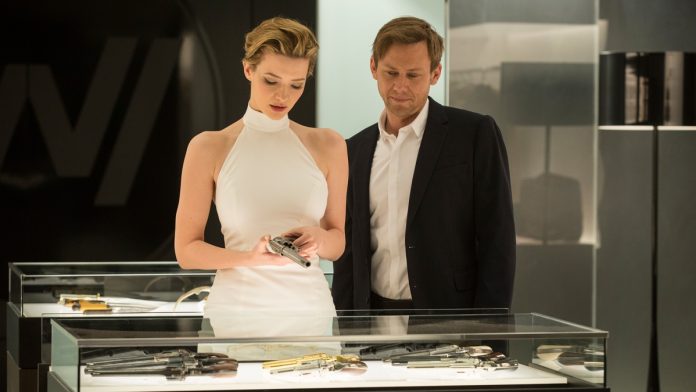 Viewers will get to see more of Angela when the second season of “Westworld” commences.

A recent report from Deadline indicated that British actress Talulah Riley, who portrays the role, has been promoted to be one of the regular cast members in the upcoming season of HBO’s adventure drama series.

The show is set in a Wild West-themed amusement park. The place is equipped with highly advanced technology, and the guests are welcomed by humanoid robots, like Angela (Riley). Later in the series, Angela was re-assigned as a follower of an outlaw host named Wyatt.

A source told Entertainment Weekly that Angela, in the next season, is “a host whose beatific face welcomed guests to ‘Westworld’ for decades … Angela will prove to be one of the last faces many guests will ever see.”

The cast members include award-winning actors Anthony Hopkins and Ed Harris. Evan Rachel Wood, James Marsden, and Luke Hemsworth are also stars of the series. All of them are expected to reprise their roles in the upcoming season this 2018.

In October 2016, the show’s premiere episode had the highest viewership ratings for an HBO series since the debut of “True Detective” in 2014. “Westworld” became the most-watched first season on HBO. It garnered high ratings, with 94 percent on Rotten Tomatoes and a 73 out of 100 score on Metacritic.

In November 2016, the network announced the second season renewal of the series. In the following month, the first season ended with its tenth episode.

Meanwhile, 31-year-old Riley was born in Hertfordshire, England. She appeared in films including “Pride & Prejudice,” “Inception,” and “Thor: The Dark World.” On British television, she had recurring roles in “Nearly Famous” in 2007 and “Doctor Who” in 2008.

Riley was twice married, twice divorced from American billionaire Elon Musk, CEO and product architect of Tesla Inc. Their first marriage was in 2012, while their second divorce was finalized in October 2016.