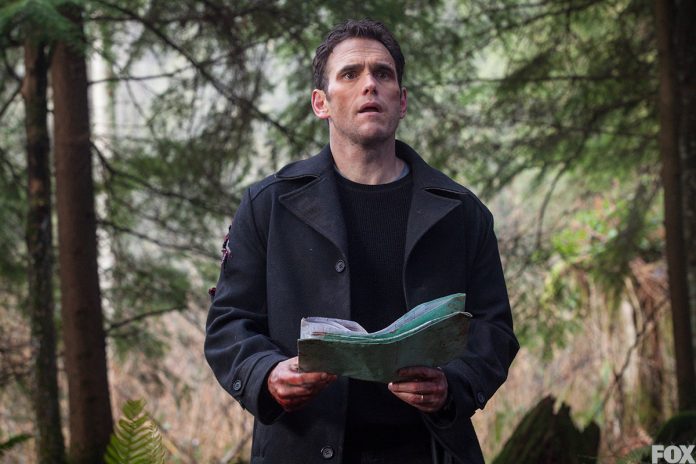 In the new episode of ‘Wayward Pines,’ Ethan, while wandering around the town, discovers the history of the town and how its residents ended up there.

In the episode 5 of ‘Wayward Pines,’ Ethan was tortured by mysterious humanoid creatures, while Ben leaned that the humans of Wayward Pines aren’t normal but are instead, aberrations. In a huge shocker, the last episode also revealed  that it was the year 4028. It was also revealed that the citizens were kept in hibernation for over 2000 years before releasing them into the town.

While the last episode answered a lot of questions, it left the audience with more. How could Wayward Pines be in the future and the rest of the world in the present? And how did Pop and Pilcher appear outside when they came from the town? Will the next episode reveal the answers these questions?

According to a report by TV Line, the possible reason behind the time gap and how Pope and Pilcher could make appearances in the outside world may be because they entered the outside world before the hibernation began. This could be true because, Theresa’s friend, Wayne mentioned that before arriving at Wayward Pines, he remembered waking up in a room filled with sedated people.

However, there remain a lot of questions unanswered, such as the reason behind the Burke family’s time difference in the accidents.

The official synopsis for the episode 6, which is titled, ‘Move On,’ is a follows: ” Ethan is going to get a tour of the facility and personnel that manage the day-to-day operations of Wayward Pines, and in the meantime, at the realty office, Theresa will find a map of an unusual plot of land she wants to investigate.”