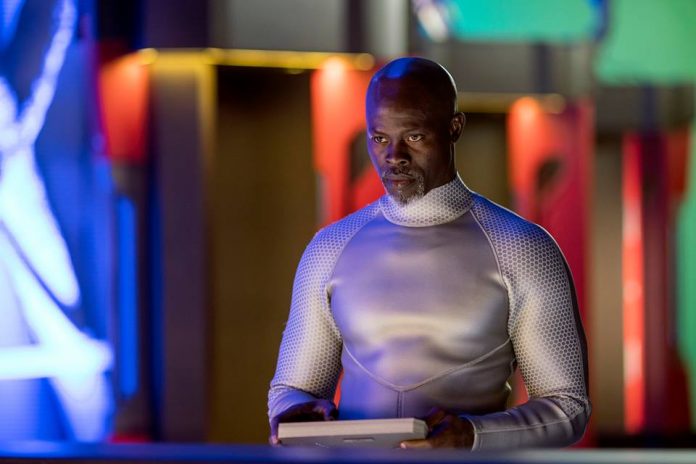 FOX has yet to renew the post-apocalyptic series “Wayward Pines” for season 3 but fans believe that if the narrative is continued, the storyline may feature a possible consensus between humans and Abbies, as well as further exploration of mankind’s behavior.

It can be recalled that season 2 focused more on the mysterious Abbies. It turned out that the creatures were mutated humans capable of organization, communication and possessed high intelligence. The sophomore run also ended with a female Abby holding what appeared to be a human baby on its arms.

Based on author Blake Crouch’s previous statement, some suggest that as human evolution constantly moves forward so will the so-called aberrations. The exploration of their potential co-existence in the brand-new world may be showcased with fans theorizing that the baby was neither human nor Abby but a combination of the two. With the arrival of the new breed of species, this is deemed to result in reconciliation between the kinds.

Moreover, a thousand-year time jump is also predicted to take place to give explanation to the new breed. The humans who were placed inside the cryo pods will wake up amid citizens that both have men and Abbies as ancestors.

What may have added to the assumption is that producer M. Night Shyamalan hinted at the return of season 2’s notable characters. Among the ensemble, Dr. Theo Yedlin (Jason Patric) is expected to appear again alongside C.J. Mitchum (Djimon Hounsou) and Xander Beck (Josh Helman) after they wake from cryogenic sleep.

If this comes to fruition, C.J. is deemed to become both a hero and a villain. Since he proved that he has all the knowledge about what transpired in the titular town every 20 years, he also has the tendency to decide to wipe humanity out for good. Executive producer Mark Friedman shared before that the character carries the burden of being alive while his loved ones are dead. This may push him to the limits and end everyone’s existence.

Since the series has yet to be renewed, available information should be taken with a grain of salt.

Season 3 of “Wayward Pines” is expected to air sometime in 2017.

The Blacklist Season 3: New villain adds to the challenges for...