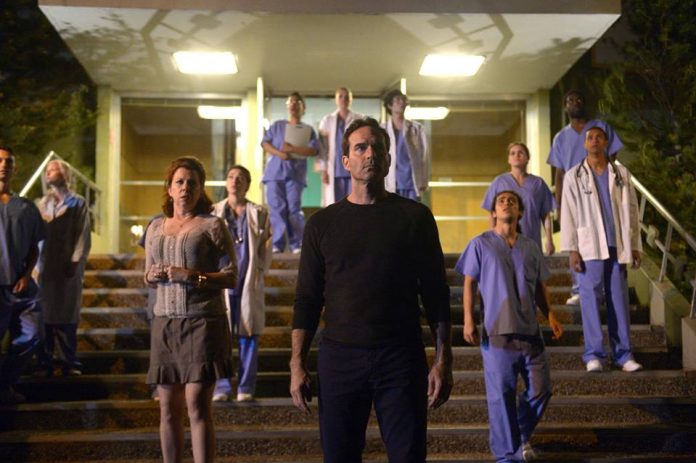 When “The Wayward Pines” trilogy was adapted to the small screen in the same name, it has originally been pitched as a three season long event. Unfortunately, the fandom from the books did not necessarily translate to its TV series which resulted to a low viewership that may ultimately be the cause of its non-renewal for a third year.

It is no secret that the show was not exceptionally received which only got worse with its second season, reports TV Line. Despite this, the sophomore finale racked in a total of 3.5 million viewers across all platforms, a 50 percent increase from its predecessor, which may be a good sign that the show is finally getting its stride.

Since “Wayward Pines” have exhausted its source material as early as its debut iteration, it is understandable that season 2 started on shaky grounds. This is probably the reason why it took it time to finally click with the viewers and finally ending on a good note. If the season capper is any indication that it did its job of piquing the interest of viewers enough for them to wait for a third outing, it might be a good way to segue to the third season. Add to this the fact that the open-ended narrative of the show is deemed to be a conversation starter

The only caveat, however, is that up until now, Fox has yet to renew the mystery drama series. Last month, Fox co-chairman and CEO Dana Walden was perked up by the idea of ordering another serving of “Wayward Pines.” “I definitely think there could be a Season 3,” she said, adding that the producers “have a really compelling for Season 3 that I liked very much. We’re definitely talking about the show right now.”

Aside from Walden’s previous comments, no additional word has come out of the network since then. She, however, revealed that part of their grueling process in deciding which shows to cancel and renew is looking at the viewership rate it got across all platforms which could take a bit of time.