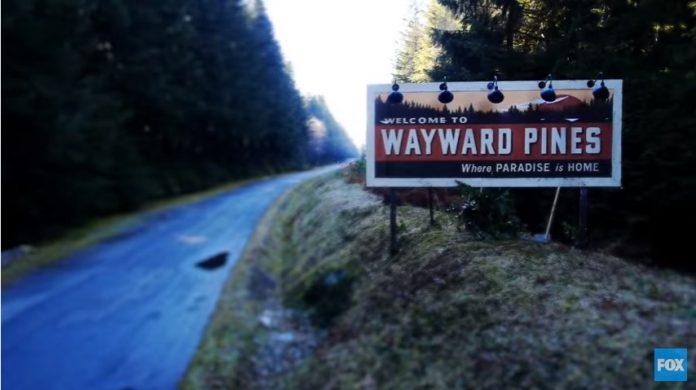 The third season of FOX’s TV adaptation of Blake Crouch’s famed science fiction book series, “Wayward Pines” still hangs in the balance and one of the probable reasons for its blurry fate is the show being panned by critics during the first and second seasons. There are also reports stating that albeit the persuasive reasoning of the producers of the show to FOX, it seems that the latter is still having second thoughts about it.

However, executives of the said network have mentioned that they could still give the show another shot at life to remain faithful to its source material.

Despite the lukewarm confirmation of another installment, worries about the rumored season 3 not performing yet again still haunt the network’s management. Furthermore, reports also highlighted that the ratings game has entered a different ballgame now as new media in watching TV serials nowadays are being put into play, in which a notable mention is the streaming site Netflix.

It was mentioned earlier that the producers of the show have laid on the table some plausible reasons to give the show another push for a third season. Reports suggest that the showrunners might have offered FOX a story plot where humanity’s fate will be eventually weighed next season with the planet threatened to be overrun by the so-called Abbies.

Moreover, it was also noted over a month ago that the author and the show’s executive producer M. Night Shyamalan are currently in the works trying to muster ideas for the show’s third and final installment in the event that the network gives them the green light.

As for now, no new updates have been given about the show’s next installment. Nonetheless, if it comes to fruition and basing on the show’s whim for air dates, it is likely to premiere around May of next year.