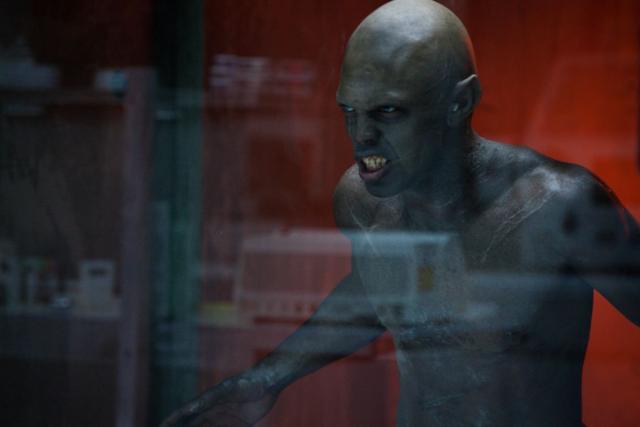 It would seem that the FOX’s hit miniseries “Wayward Pines” will be focusing more on the aberrations, or called in the series as “abbies,” as the show goes on. This was teased by series actor Tim Griffin, who plays the role of former Secret Service agent Adam Hassler.

In a recent interview with iDigitalTimes, Griffin talked about what is coming for the show, more specifically for his character. Hassler was last seen by fans back in season 1 as he was sent out of the fence by David Pilcher (Toby Jones) to scout around. After years of being out there, Hassler returned to Wayward Pines, bringing with him knowledge and experience that no one in the last town on Earth has.

Griffin said that there would be more revelations about the nature of the abbies the beings that the humans of long ago ended up as and the beings that Pilcher’s vision prevented the residents of Wayward Pines from becoming as.

“Many big twists. The big secret in Season 1 was like what is the matrix: what is Wayward Pines? Now that we know what Wayward Pines is, they delve deeper into who are the abbies,” Griffin said. “That’s my character’s function. I’ve been out there surviving amongst them, running from them and so there’s a really cool question he’ll have to answer: who deserves to survive? Just because this is the last outpost of humanity, does humanity deserve to exist? Or, did we jump our places in the evolutionary order? Everything that you think you know about the abbies and our relationship to nature gets turned upside down.”

“Wayward Pines” is based on the trilogy of books of the same title by Blake Crouch. The first season of the show covered the events of the entire trilogy, with a few changes here and there. In the current second season, some familiar characters from the original books are still featured but now covers an entirely original storyline that tells the story of the aftermath of the events of the first season, now referred to in the show as “Invasion Day.”