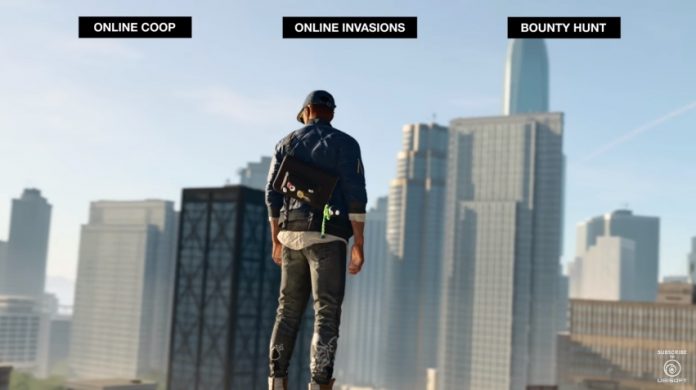 The first one called the “Hacking Invasion” player versus player (PVP) mode from the original title is making a return in “Watch Dogs 2,” Ubisoft announced at Gamescom last Wednesday. According to Polygon, this will feature a player hacking into another player’s data. The goal is to successfully hack a specified amount of data without being detected by the other player.

While this was already introduced in “Watch Dogs,” there are a few tweaks made. According to Ubisoft’s blog, drones have now been added to the game, which can drop Taser bombs on the hacker. Also, hack and data download can now begin simultaneously, whereas this was not possible in the first title.

The new one is called “Bounty Hunter,” in which the police can be triggered to chase the hacker. This can happen via two ways, IGN reported. One is by causing chaos to catch the police’s attention, which will then prompt them and other players to chase the player. The other method is by sending invites to online users.

A player may be the hunter who hunts other hackers who have caught the police’s attention or be the bounty that must survive and break the hunters’ line of sight.

Ubisoft Australia’s tweet following the announcement revealed that the higher the in-game notoriety of the character is, the higher the bounty on its head is also.

Players can watch the two modes in action in the Gamescom 2016 trailer below.

These two modes are not directly connected with the single-player campaign storyline.

“Win or lose, all online modes will net you at least some followers and an online score, which feeds into a global leaderboard and can qualify you for low- or high-end cosmetic rewards depending on the size of the score you accrue during a leaderboard season,” the blog post read.