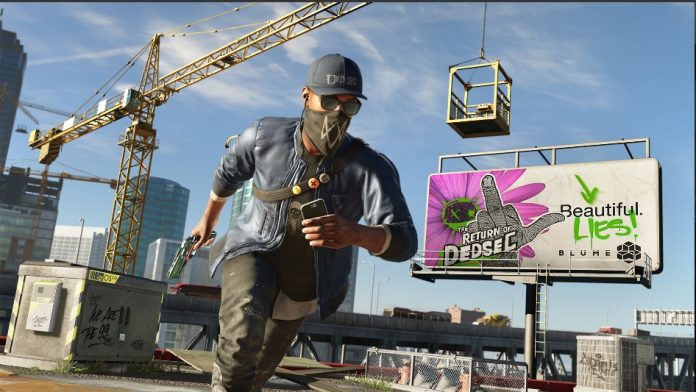 Ubisoft’s sequel to the 2014 cyberpunk title “Watch Dogs” is just days away from its release and based on the teasers and trailers, the game looks promising, especially with regard to its tweaked graphics.

As per the game developer’s website, “Watch Dogs 2” will feature a fictionalized version of San Francisco. The city installs a program known as ctOS 2.0 which is an operating system that focuses on security and safety. However, a handful of people will discover the hidden agenda that has been running through the veins of the said system as it is being controlled by nefarious individuals for their own personal gain.

This is where the hacking collective known as DedSec comes in. Players will be taking control of the protagonist, Marcus Holloway, as he and the rest of the group go on a mission to expose the surveillance system and Blume, the company that developed it.

Players can utilize pretty much everything within the game provided that it’s connected to the web. Gamers will have to use Marcus’ impeccable hacking skills in breaking into different systems to pull off a certain goal with as minimal casualties as possible.

“Watch Dogs 2” will be rolled out to the PlayStation 4 and Xbox One consoles this Nov. 15. PC gamers, on the other hand, will have the upcoming title two weeks later, on Nov. 29. The delayed release is said to be due to the inclusion of other visual enhancements that only PCs can handle. Reports say that there will be a PC-exclusive attribute known as “Ultra Textures” which include higher frame rates.

Meanwhile, Ubisoft sales director Darren Bowen stated the forthcoming game will also be filling in for their equally acclaimed franchise, “Assassin’s Creed” as an installment for the game series failed to actualize this year.