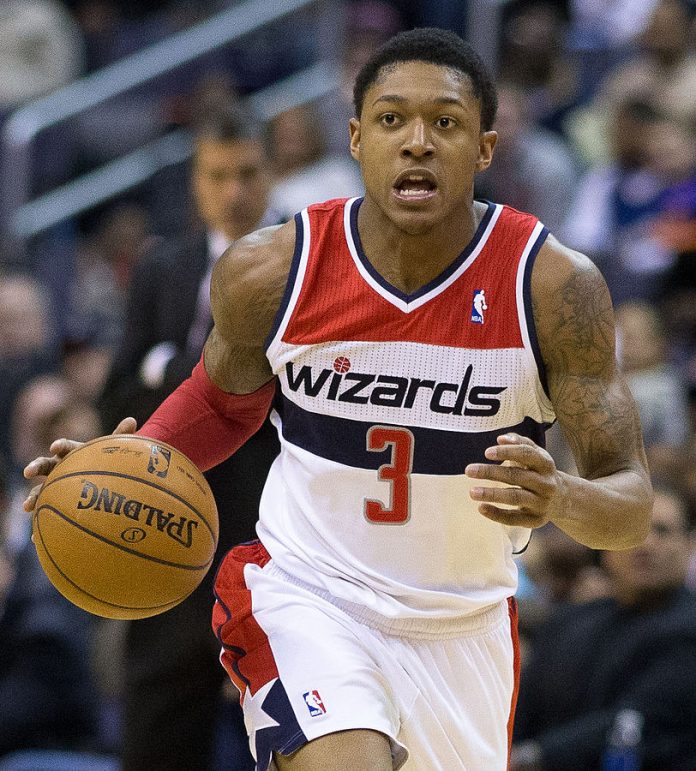 The Washington Wizards fear that one of the team’s dynamic guard duos will be out for a little while after Bradley Beal abruptly left the team’s game against the Indiana Pacers last Saturday after suffering from a sprained pelvis.

Sports Illustrated reported that while his team leading 73-68 in the third quarter, Beal attempted a layup that was rejected by Pacers center Myles Turner. Both players made contact below the rim, which led to Beal crashing to the floor. The game eventually continued after a brief stop to attend to Beal, with the Pacers winning by a hairline, 100-99, with clutch free throws from Paul George.

Indiana and Washington are currently fighting for a playoff spot in the Eastern Conference, with the former holding on to the seventh spot while the latter trying to secure the eight and last spot.

Beal himself is no stranger to injuries and perhaps without them, he could have already established himself as a premier All-Star caliber guard in the league. This season alone, he missed several games due to a string of different injuries involving his shoulder, leg, as well as a broken nose and concussion. Of the 82 games every NBA player is slated to play in a regular season, Beal only played 63 games last season and 56 games back in 2012.

The Wizards are also going to suffer from Beal’s injury, with John Wall the only surefire scoring option at the guard position. This might be a tough outing the rest of the way for the team that heavily relies on outside shooting. Beal is currently the team’s second leading scorer and his outside shooting spreads the floor for his teammates to have scoring opportunities inside.

The team hasn’t provided any more details about Beal’s injury but is expected to give a timetable for his return in the coming days.