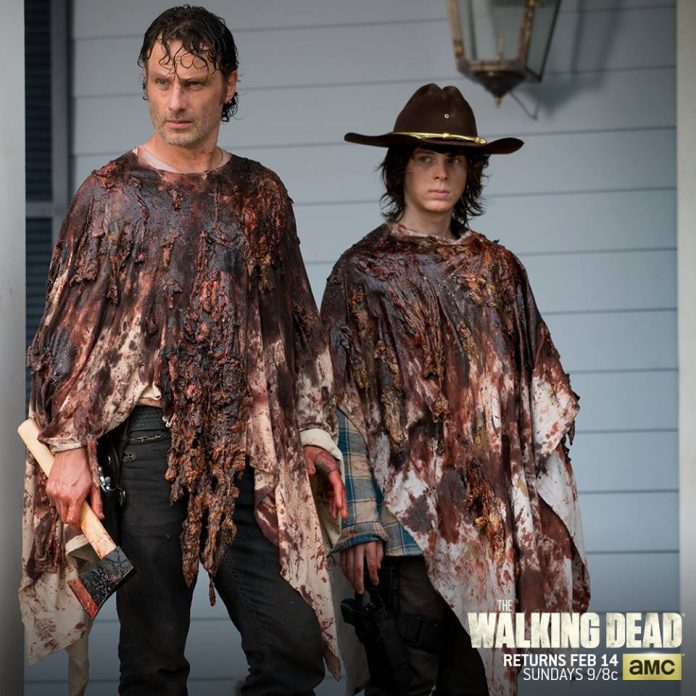 As always, AMC’s “The Walking Dead” did not fail to keep viewers at the edge of their seats with its mid-season finale. Titled “From Start to Finish,” the episode, which aired on Nov 29, saw the lives of the characters in great peril after the wall of Alexandria was breached and a horde of walkers invaded what was once called a safe zone.

More ominous, though, is the post-credit scene wherein Sasha, Abraham and Daryl are faced with a group of armed men that bodes nothing but trouble. The leader of the bikers tell them that all their properties from trucks to weapons, and even personal belongings, are not theirs anymore.

He finishes his statement by saying, “Your property belongs to Negan.”

Negan, as fans of the comics know, is one nasty character, and he is to be played by actor Jeffrey Dean Morgan.

Apart from the coming of Negan and his underlings called the Saviors, there are more speculations on what will happen when the show returns in 2016. Rumor has it that Daryl will die in episode 9, as stated in the article from Independent.

So many things took place in the first half of season 6, and the one that devastated fans the most is arguably the scene wherein Glenn was surrounded by a group of walkers. For a while, avid followers couldn’t accept his possible demise and they were relieved to find out a few episodes later that the fan-favorite character managed to escape the attack.

Now, with the walkers all over the safe zone, Glenn trying to get back to Alexandria with Enid, Maggie trapped in an outlook post, Rick and his group trying to escape by disguising themselves as zombies, and the others facing the Saviors, fans are undoubtedly looking forward to the second half of season 6.