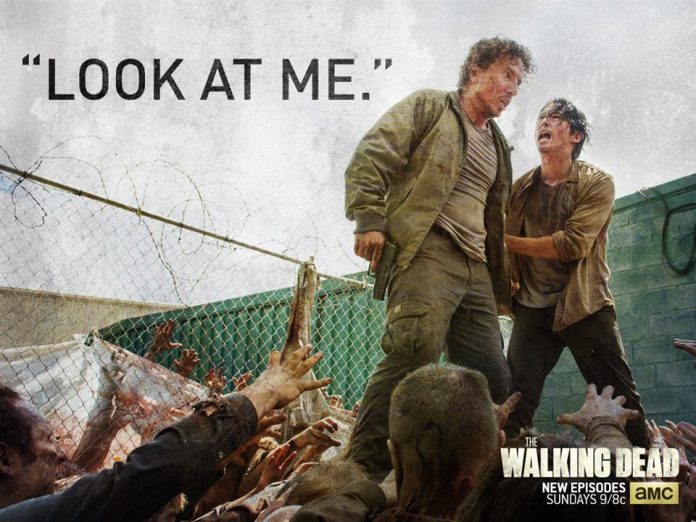 The third episode titled “Thank You” of AMC’s post-apocalyptic series “The Walking Dead” left fans distraught when their favorite pizza delivery boy Glenn seemed to have met his demise in an alleyway full of zombies.

Although the source material has indeed killed him, albeit in a different way, during the special 100th issue, theories that viewers have only been tricked into thinking that he died have started surfacing online.

According to Bustle, there are several clues pointing to Glenn’s survival. Aside from the fact that the original narrative in the comic series tells another story that he is murdered by a character named Negan and his group, the Saviors, using a baseball bat wrapped in barbed wires  the recent statement made by executive producer Greg Nicotero also seems to suggest that he may have survived.

“I’m gonna say that it seems pretty clear that somebody died in that sequence. Listen, you know, our show’s tough, dude. People die in very unsuspecting ways, so you kinda gotta let your eyes tell you what you saw,” he stated.

The use of “somebody” can be taken to mean Nathan, who shot himself in the head when Walkers surrounded them and they had nowhere else to go. The guts shown being eaten may also come from Nathan and not Glenn, as there was no last shot showing that he is not breathing anymore.

What added to the growing suspicion is that Glenn was not part of “Talking Dead” in-memoriam that takes place after the airing of the episode.

Meanwhile, the network has announced the good news that both “The Walking Dead” and “Talking Dead” will be renewed for season 7, which is slated to premiere in October 2016.

“We are so proud to share these shows with fans who have been so passionate, communicative and engaged,” AMC president Charlie Collier said.