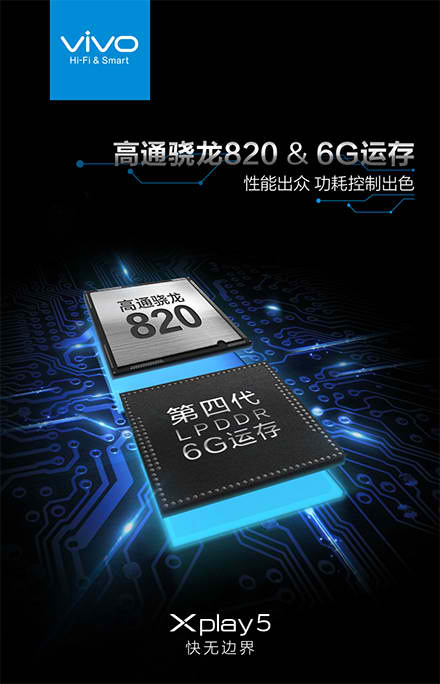 The new and upcoming vivo Xplay5 flagship from the Chinese mobile company, while being the topic of rumors for several weeks now, was not spotted in any live leaked images until recently.

The dual curved edge of the display, a feature that was described by the company as a “borderless” display, was also showcased in the leaked set of images. The stylish curved in the sides of the display was shown, as well as the capacitive buttons of the alleged Xplay5.

The back panel of the device was also shown, giving a look on the main rear camera, a color temperature LED flash, and a fingerprint scanner embedded in the middle of the back panel. The vivo logo was also present in the back as well.

In other news, the massive amount of 6 GB RAM that has been confirmed for the upcoming Xplay5 recently showed up in an AnTuTu benchmark test result. In a screenshot of the test posted by a user on Weibovia GSM Arenathe new Xplay5 scored a total overall points of 162,610. While the power of the 6GB RAM and the Snapdragon 820 chipset was not mentioned as part of this impressive score, the device scored notably higher by around 30,000 points compared to other top devices in the AnTuTu database.

The vivo Xplay5 will be launched on March 1, at Beijing’s Water Cube Convention Center, also known as the National Aquatics Center. The event will start at 7:30 P.M. local Chinese time. No pricing details are available as of the moment.