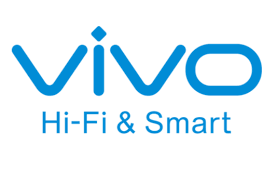 Another Chinese smartphone manufacturer, Vivo, is trying its hand to outdo the major smartphone brands in terms of processing power. If reports are true, the company’s upcoming smartphone, the Xplay 5 is going to be the first phone to have 6 GB of RAM. According to a report in Tech Times, the Vivo Xplay 5 is said to have passed through an Antutu benchmark test, reportedly beating the score of the LG G5.

Another Weibo post, this time showing a video where a speed test was being done with another Vivo phone, an iPhone 6S and the Xplay 5, also demonstrated how fast the Xplay 5 performed compared to the two other phones in terms of app performance. It showed that the Xplay 5 was the fastest to open the app in question.

The device is rumored to have the latest Qualcomm Snapdragon 820 processor paired with its whopping 6 GB of RAM, according to the report.

Other spec rumors point to a 5.5-inch display with 2K resolution. It is also said to have 64 GB of internal storage which will likely be expandable via a microSD card. In terms of camera set-up, it is rumored to have a 16-megapixel main camera and an 8-megapixel secondary camera. In terms of design, it is said that the Vivo Xplay will have the same curved edge screen as the Samsung Galaxy S7 Edge.

Vivo is rumored to launch the Xplay 5 at a March 1 event. Unfortunately, the report says that the phone will likely be released in China only.