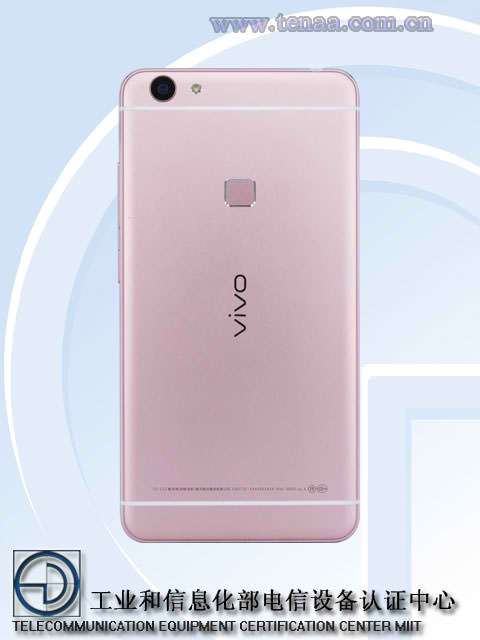 A few months back, in November 2015, Chinese smartphone company Vivo released their two new flagshipsthe Vivo X6 and the larger Vivo X6 Plus. Now, as revealed by a new certification document in China, the smartphone company is apparently working on a new variant of the X6 Plus device, called the X6SPlus. While being a new device and sporting a familiar and now common “S” namesake, the device is not that much different compared to the original X6 Plus device.

As per the specs the listing on Telecommunication Equipment Certification Center or TENAA website had revealed, the most significant differences the newly certified device have compared to the earlier released model is the CPU frequency and the camera’s megapixels. The newer X6Splus smartphone has an octa-core CPU clocking in at 1.8 GHz, whereas the original vivo X6 Plus was a little slower at only 1.7 GHz speed. The X6 Plus had a 13-megapixel main rear camera, and the new X6SPlus will be having a 16-megapixel one.

The outward physical appearance of the new X6SPlus appears to be nearly identical to that of the original X6 Plus, even to the other major specifications of the device. Just like its predecessor, the new X6SPlus has been listed to have a 5.7-inch AMOLED display with 1080p Full HD resolution. It packs 4 GB worth of RAM, along with 64 GB worth of internal storage capacity.

As for the camera, like what was mentioned, it will be sporting a higher value of rear camera, but it will be having the same 8-megapixel front facing snapper for selfies and other similar purposes. It boots on Android Lollipop 5.1.