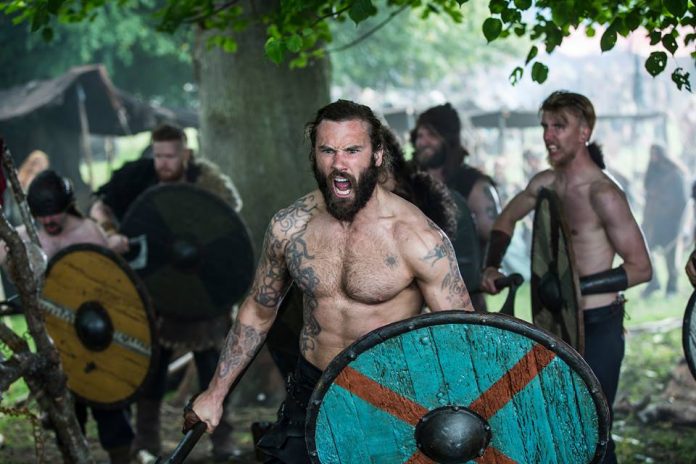 With History Channel’s hit series, “Vikings” gearing up for season four, the show took to its official Facebook page to ask fans if they have any questions for Clive Standen’s character Rollo.

Many users inquired about the release date, to which they were answered vaguely with, “The #Vikings are consulting the gods. Watch clips online while you wait for their return in 2016.” While another one asked what he has got to say to his brother, the Nordic King Ragnar.

During season three’s finale, it was shown that after the successful siege of Paris, Rollo remained in France and has been offered by King Charles with riches, lands and the hand of his daughter in marriage. The former agreed and betrayed his family and all of the people in Kattegat.

Talking to Entertainment Weekly, Standen said that, “There’s no going back,” from what the warrior did.

“His attitude to Ragnar has to change. He can’t always be in the doldrums of being this second-best brother that’s in the shadows. He’s been a man who thought, ‘Eventually I’ll come firstjust trust the gods.’ I think he’s now realized, no one gives you anything in life. You have to take it,” he added.

However, it seems like his connection to Ragnar will not be the only one at stake as his nephew Bjorn, played by Alexander Ludwig, will be deeply hurt by his actions.

On an interview with Zap2it, Ludwig shared that, “He’s so hurt and he’s going to kill him. In his eyes, there’s certain things you can’t forgive.”

With Bjorn stepping up to become the new leader as his father heals from being terminally injured, the two are predicted to negotiate at some point during the next season in order to ease possible political tensions.

Though it does not necessarily mean that his wrath will be placated easily, “Bjorn is so straight-edge in that when he makes a decision, he sticks to it,” Ludwig concluded.

'One Piece' Chapter 818 spoilers: Raizou cries over the loss of...