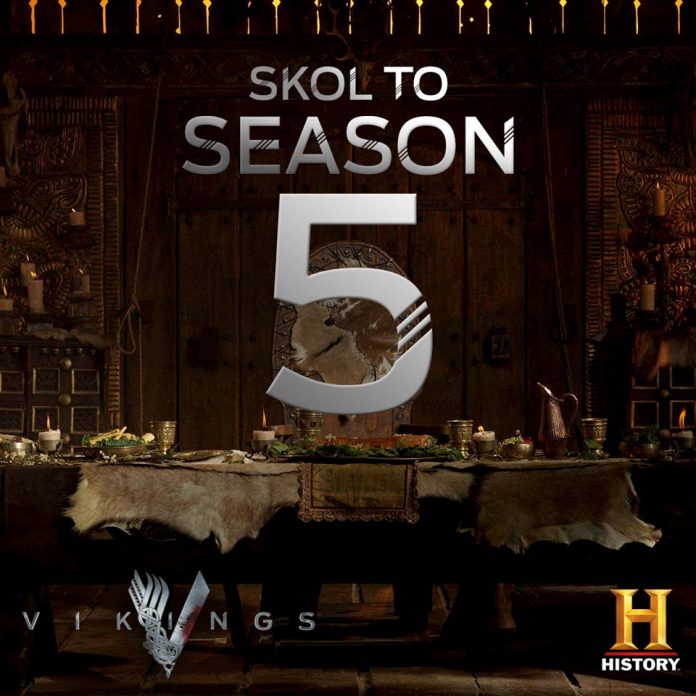 According to Variety, the show which currently rolls its fourth season has been ordered another 20 episodes for the new installment. It will begin production in the summer for the premiere slated to air in 2017.

“The brilliant writing and depth of historical research and authenticity brought to the screen by Michael Hirst, paired with our talented cast and crew, has made this series one of the most compelling, visually stunning historical dramas on television,” History President Jana Bennett said in a statement.

Actor Jonathan Rhys Meyers from “The Tudors” will also join the cast, reuniting him and showrunner Hirst as they worked previously in the said show which ran for four seasons between 2007 to 2010. No details have been revealed yet regarding his role.

“‘Vikings’ has raided the hearts of audiences and we are thrilled that Jonathan Rhys Meyers will become a bigger part of the History family after his incredible performance in our upcoming production of ‘Roots,'” Bennett continued.

Meanwhile, episode 6 titled “What Might Have Been,” will feature Ragnar Lothbrok (Travis Fimmel) planning his next moves. The synopsis reads, “At the Thing in Kattegat, Ragnar reveals his plan to raid Paris again, and, although the fleet is storm-tossed as it sets out, the challenge lies in the France, where Rollo awaits. Meanwhile, Ecbert dispatches Aethelwulf and Alfred on a pilgrimage to Rome.”

Viewers will also see the death of Kalf in the hands of Lagertha. In an interview with Entertainment Weekly, Ben Robson who plays Kalf shared his thoughts about his surprising demise.

“Kalf’s destiny was very much defined by his actions. When he did usurp Lagertha, there were consequences. I think he underestimated the betrayal of what he did. He felt that they found a level playing ground to carry on forward with,” he revealed.

“Vikings” reportedly earns an average of 4.2 million viewers with Live+3 ratings for the current season. New episodes air every Thursday, at 10 P.M. ET/PT.