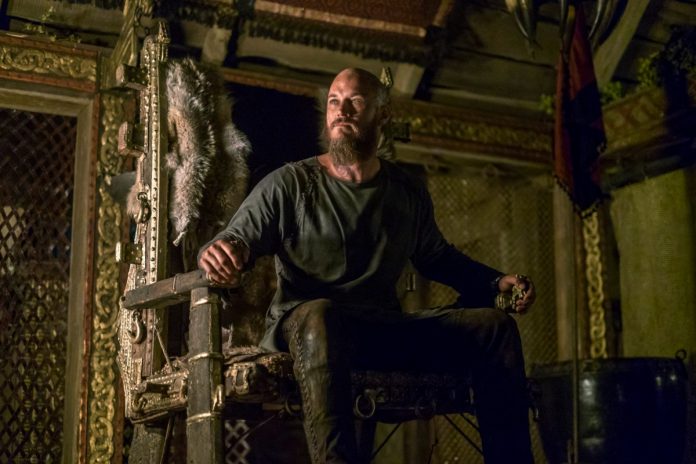 The long awaited reunion of the Lothbrok brothers is almost here when History Channel releases an all-new episode of “Vikings” for season 4.

According to reports, Ragnar and his crew will not be stopped from pushing through their plans for another siege in Paris and to take down his brother Rollo. It seems like the king of the Viking warriors will be adamant in burning the city down no matter what the circumstances are.

Spoilers have it that Ragnar along with the Northmen will be dealing with rough weather that may endanger their lives. However, as he is determined to accomplish their mission, it is deemed that he will not be bothered by the bad conditions.

However, Rollo will not give up easily as he becomes loyal to his new home and wife, Princess Gisla. It is predicted that the brothers will engage in a possible fatal battle.

The promo features Rollo talking to Emperor Charles saying, “I will not betray you.” The scene then changes to Ragnar telling the Queen, “I will take the boys with me to Paris. They are safer with me than the last time they were with you.”

Titled “What Might Have Been,” the synopsis for episode 6 reads, “At the Thing in Kattegat, Ragnar reveals his plan to raid Paris again, and, although the fleet is storm-tossed as it sets out, the challenge lies in the France, where Rollo awaits. Meanwhile, Ecbert dispatches Aethelwulf and Alfred on a pilgrimage to Rome.”

In a related note, “Vikings” will continue the action and drama as the show has officially been renewed for season 5. Jonathan Rhys Meyers will also be added to the cast. However, it remains to be seen what role he will play as production will begin during the summer with the premiere slated for a 2017 release.

'Fast and Furious 8' rumor: Sequel to be filmed in New...