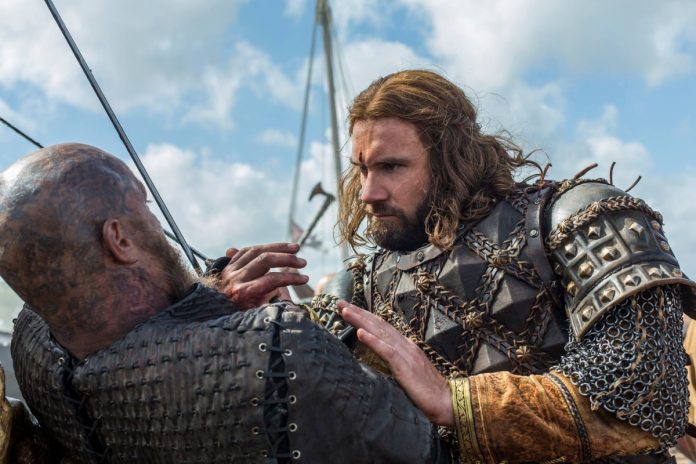 Actor Clive Standen, who portrays the Nordic warrior turned Normandy ruler, will also star in NBC’s new CIA operative series “Taken,” and the upcoming production of the two series seems to overlap. Talking to Digital Spy, he shared that, “I’ve got a happy problem at the moment where I’m in two shows.”

“I’m going to be doing ‘Taken’ until October time and I’m going to pick up and re-join the ‘Vikings’ team later on in season five. I’m going straight from Toronto back to Dublin, so it’s a good problem to have!” he added.

“Vikings” is currently on a midseason hiatus for season 4 and it remains to be seen how the second half of the installment will set up Rollo’s possible brief departure from the narrative.

In an interview with TV Insider, series creator Michael Hirst previously assured fans that they will still get to see their favorite character in the second half of season 4, “We do see Rollo again, absolutely. He’s too good to lose.”

“Of course, it is true that the defeat in Paris did mark an ending. There’s no doubt that that’s the end of one part of the story, and it’s the beginning of a new part of the story. But it’s all part of the same saga. It’s part of the saga of Ragnar and his sons, which is where I started from,” he further elaborated.

He also teased on a separate interview that those who believe the story of Rollo’s brother, Ragnar Lothbrok (Travis Fimmel) has ended during the midseason finale is “completely wide of the mark” as there is still so much to tell.

It is predicted that with the King of Kattegat recuperating from battle, the new episodes will see Queen Aslaug (Alyssa Sutherland) stepping up and taking over the rein. However, Lagertha (Katheryn WInnick) and her son Bjorn (Alexander Ludwig) will get in her way of being the leader.

Season 4 of “Vikings” is slated to return to the small screen later this year.