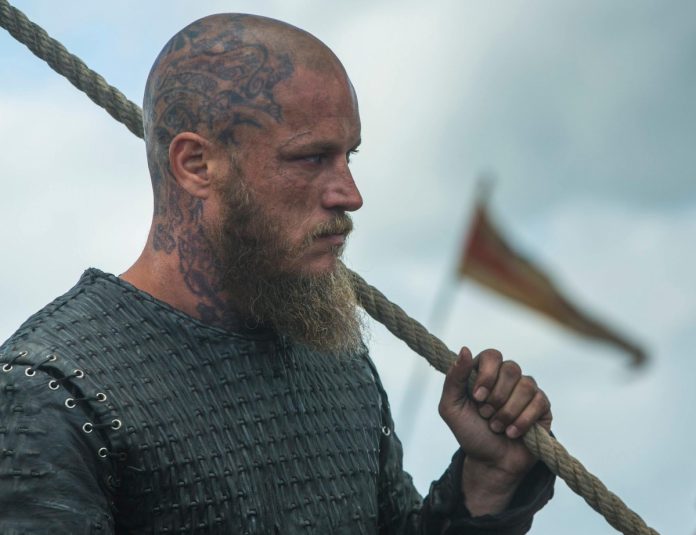 Cast members of the History Channel’s epic period drama “Vikings” recently teased a potentially bloody narrative when the series returns for the second half of season 4.

Actor Alex Hgh Anderson, who portrays Ivar the Boneless, took to Instagram to share a behind-the-scenes photo of his character still covered in dirt and blood after filming. He captioned it with, “You know it has been a messy day if you look like this even though make-up already tried to clean you up.”

He then followed it up with a more gruesome image of Ivar with his entire face covered in red liquid, “Forget yesterday. Today was crazy,” the Danish star teased.

Meanwhile, Katheryn Winnick posted a video of herself being transformed to her role as the fierce shieldmaiden Lagertha. The clip featured the updated regal look of the Earl of Hedeby with her hair tightly woven into braids adorned with a leather crown embellished with some pieces of metal.

Aside from the gory battles that are expected to take place down the line, season 4B will also show the impending deaths of some of the characters, as hinted in the trailer released in this year’s San Diego Comic-Con.

In the preview, The Seer (John Kavanagh) tells Bjorn (Alexander Ludwig) that his father Ragnar’s (Travis Fimmel) return to Kattegat will result in “calamity, chaos, tragedy and death” and warns him that he “should curse the day” he decided to come home. It can be recalled that the Nordic king left his land following their defeat against the Franks in the midseason finale.

Showrunner Michael Hirst told The Hollywood Reporter that one of Ragnar’s reasons for coming back is that he has unfinished business in Wessex.

“It is also fair to say he has some unfinished business with King Ecbert [Linus Roache]. One of the reasons Ragnar comes out of his private space is because he feels as a Viking the need to address what he sees as a great injustice that was done and to avenge it,” he explained.

Hirst also suggested that he may want to fulfill every Viking’s wish to please their god in battle. “To justify his life by doing something significant that the gods would applaud. The one thing you can say about Ragnar is that he’s not afraid of any death,” he added. However, it remains to be seen if the king of Kattegat’s journey will actually end.

Season 4B of “Vikings” is expected to air sometime in the fall.