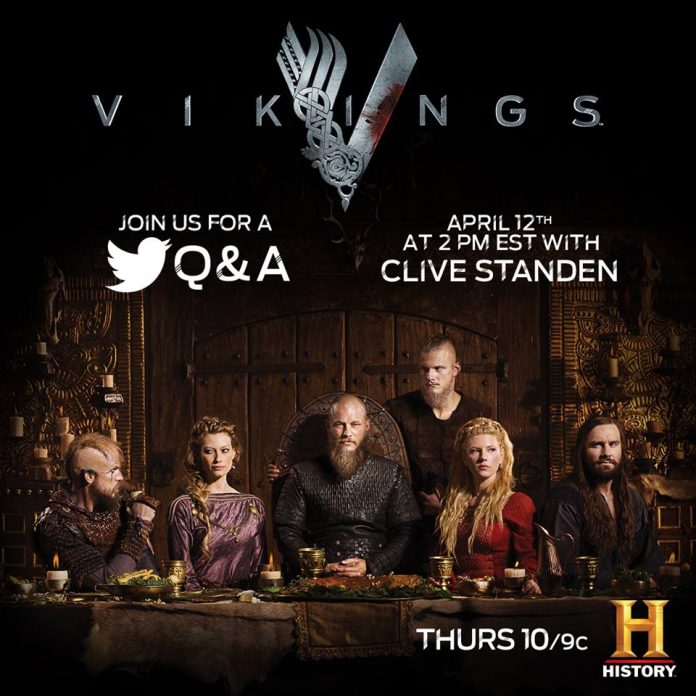 Almost two weeks after “Vikings” entered its mid-season hiatus, the show released the first look at what is to come via the first trailer for the second half of season 4.

History Channel published a short video which can get viewers pumped up for the show’s return, speculated to be sometime this July. The clip which is only less than a minute long saw Ragnar (Travis Fimmel) having a conversation with his son, Ivar the Boneless (Alex Andersen). He blatantly claimed that one day, the whole world will not only know his name but fear him as well. Interestingly, the first generation of characters from the show have looked significantly older making the time jump in the story more felt.

Another take away from the teaser is Lagertha’s (Katheryn Winnick) fate. During the season 4 finale, Earl Ingstad was badly wounded and her fate coming into the second half of the season was fairly uncertain. In the video, however, she is seen well except for the seemingly run in she would have with Ragnar’s wife, Aslaug (Alyssa Sutherland).

Last month, show creator, Michael Hirst revealed that he has no plans of killing off the character while discussing the future of “Vikings.”

“There’s a feminist collective in New York who wrote to me a couple years ago and they said, ‘We don’t care how many of the male characters you kill off, but if you do anything to Lagertha, you’re in trouble.’ So I’m very careful about that warning,” he jokingly revealed.

However, the 63-year-old screenwriter became serious on the real reason why Lagertha will be a main player in “Vikings” for the time being by saying, “She’s also gone on this amazing female journey in which she’s gone from farmer’s wife [who’s] happily married with kids, to being betrayed, to being in an abusive relationship, to having power, to having power taken away from her by men, to having to fight her way back, to having to lose her baby again. She is the soul of the show and I need her.”