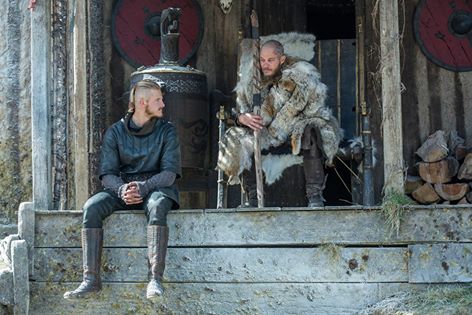 The highly anticipated premiere of hit periodical drama series “Vikings” for season 4 is almost here, featuring an exciting narrative between the Lothbrok brothers amidst betrayal and more battles.

In a teaser released by History, it hinted that “The Day of Reckoning is coming.” The king of Paris says, “They fly the banner of King Ragnar Lothbrok,” while he talks to Rollo seemingly asking his help to defend the city, “The City of Paris cannot return to your brother.”

Meanwhile, another clip showcases star Katheryn Winnick who plays Lagertha sharing what fans can expect from the new installment, “It’s amazing because now that we’re shooting season 4… We have some of the original cast, which is great. You’ll get to know them. You’ll also [get] familiar with their characters. But what’s really exciting is we got a whole new flock of newbies and new cast members.”

“It brings a different energy on set, and it changes the show. It brings it to a different level. And I’m excited for everybody to see them, and meet them,” she added.

It was previously revealed that an array of new characters will be introduced such as King Harald Finehair (Peter Franzen) and his younger brother Halfdan the Black (Jasper Paakkonen).

Creator Michael Hirst teased that the new Viking siblings will be heading to Paris alongside Ragnar. They go on raiding as the are touted to be ambitious for fame. Although their ambitions are of help, Hirst said that it will become an issue later on.

Episode 1 is titled “A Good Treason.” The synopsis reads, “A dangerously ill Ragnar returns to Kattegat, where his suspected death kicks off a scramble to succeed him. Meanwhile, Lagertha engages in a power struggle with her calculating, former second in command, Kalf [Ben Robson]; Rollo betrays his heritage and remains in Frankia; and Floki [Gustaf Skarsgrd] pays the price for his brutality against the Christian priest.”