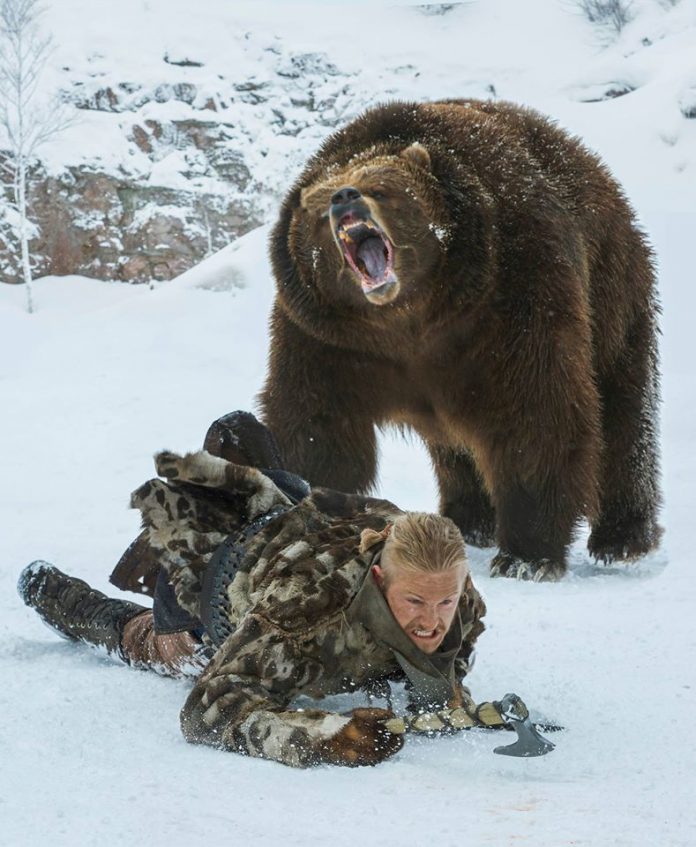 After the premiere episode of History’s periodical drama “Vikings” for season 4, viewers may expect to see the narrative giving light to Bjorn’s personal journey as he heads on to the wilderness to do some soul searching.

In his interview with IGN, creator Michael Hirst shared the reason behind the character’s undertaking, “Bjorn has decided that he’s got to find out who he is by going into the wilderness, into the Icelands, because he’s got high-achieving parents who’ve always slightly patronized him.”

“He believes that they don’t believe he can survive. So he’s going out there to prove something to himself and to find out who he is,” he continued.

Although the historical show has its main production in Ireland, they have sent Alexander Ludwig, who portrays Bjorn, to Canada in order to make his adventure more exciting. “We sent Alexander to Canada, in the winter. We made him jump into an ice hole in the lake. We tortured him, which he was delighted by,” Hirst added.

He also shared that the son of Ragnar will meet a vicious creature which has been actually played by two bear actors in order to become massive, “They’ve got a very good union, I guess. When they rear up, they’re like nine feet tall. Alexander’s about 6’5″, and they made him look small!” Hirst said with a laugh.

Fans may remember that Bjorn’s upcoming face-to-face with the bear was first teased during the cast members’ panel in San Diego Comic Con last year with Ludwig sharing that the bear will stalk him as he tries to figure out his life while in the woods.

“Ironically, the bear had a bigger rsum than anyone else on the set. It was the ‘Anchorman’ bear. I was starstruck,” the 23-year-old Canadian actor stated.

Moreover, episode 2 of season 4 titled “Kill the Queen” will also see Ragnar and Floki still being at odds with each other, Rollo makes an attempt to win over Princess Gisla, and King Ecbert has given his son Aethelwulf a new set of task to rescue Queen Kwenthrith. It is slated to air on Thursday, Feb. 25.

'Game of Thrones' season 7 spoilers: Lena Headey teases on who...