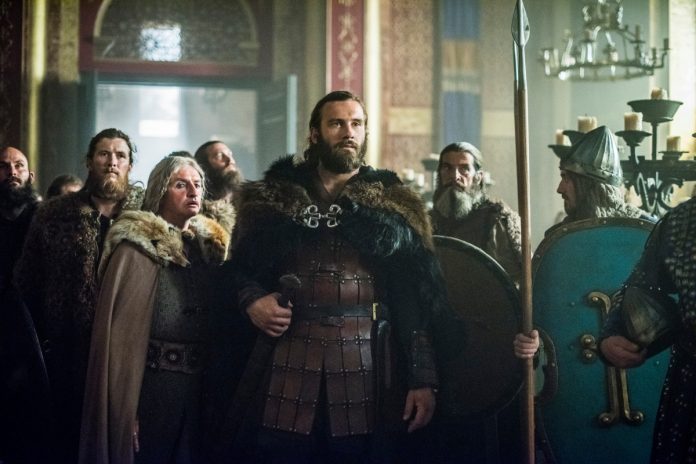 To win his new wife over, Rollo is teased to have his appearance tidied up as season 4 of History Channel’s periodical drama series “Vikings” continues to unfold.

The preview clip for episode 2 has the usual grunge looking Viking warrior almost unrecognizable with his long, dark hair getting cut and styled into a full-bodied bob. His wardrobe that commonly has earth tones is changed into a new and dazzling outfit suited for a Parisian ruler.

However, despite his effort to become more like the people of his new locality, his wife, Princess Gisla (Morgane Polanski), seems to remind him that he is not one of them.

Titled “Kill the Queen,” the sneak peek has the princess breaking into fits of laughter when her husband presents his new look and after he bowed at her. The footage ended with Rollo looking confused because of her reaction.

Clive Standen, who portrays the character, previously shared that he will go to extreme lengths to appease her wife. “We’re going to see a completely different Rollo,” he said.

“If he’s ever going to conquer Paris and conquer the princess he has to be far more cerebral, he has to be on his A-game all the time and his attitude to Ragnar (Travis Fimmel) has to change. He’s can’t always be in the doldrums of being this second-best brother that’s in the shadows,” the actor added.

Meanwhile, there are speculations suggesting that Rollo may meet his demise this season with Standen landing a major role in another series.

TV Line reported that the actor will portray the lead role in NBC’s small screen adaptation of “Taken” as the younger version of Bryan Mills, the protagonist in the movie franchise played by Liam Neeson.

Fans are said to be worried that with a new show, his part in “Vikings” may come to an end soon. It still remains to be seen if this comes to fruition as Standen has yet to comment on the matter.