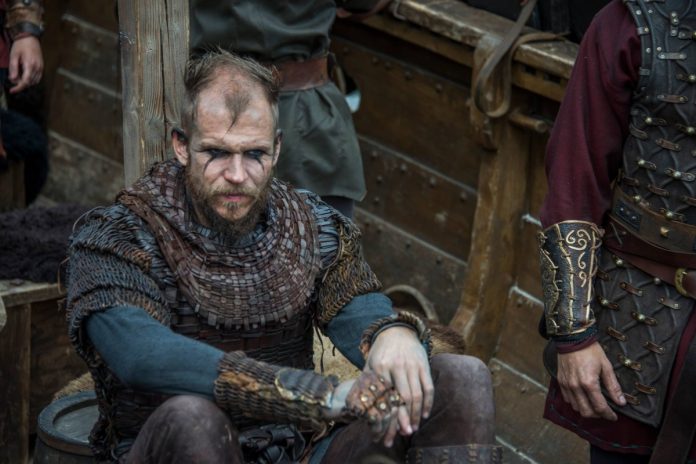 History Channel recently released a teaser for their hit periodical drama “Vikings” season 4B in preparation for the upcoming San Diego Comic-Con (SDCC) this July.

Some fans point out that among the ensemble, Ragnar’s presence is the most striking as he appears to have been abandoned. It remains to be seen what his expression really means as it is expected that the disgraced King of Kattegat will take a backseat in the second half of the season. Taking over his land and army are his children, with Bjorn as the leader of the army.

As fans wait for the rest of the narrative, the network revealed exciting activities to come during the annual SDCC event.

There will be a panel which will be participated by some of the stars and moderated by Kate Hahn in Room 6BCF of the San Diego Convention Center on Friday, July 22 at 5:45 p.m. PT. Participants will get a sneak peek of season 4B, along with lively interaction with cast members.

Prior to the discussion, the cast will have an autograph session at 4 p.m. PT, on the same day. Around 75 lucky fans will be chosen from a random drawing to attend the exclusive meet and greet with the cast.

Moreover, the show will have another notable presence in the gathering. If last year they had Viking Boat Races, the network offers an authentic snake pit this time around.

The “Vikings” Vipers Den will be in Booth #4215 and will be available from July 20 to 24 to assimilate torture and terror, “Fans will experience the raw fear of being surrounded by real snakes in a dark, dank abyss with no immediate escape,” the description reads. Survivors of the experience will receive a Viper Cuff as a token of their triumph.

Season 4B of “Vikings” is expected to premiere sometime later in the year.