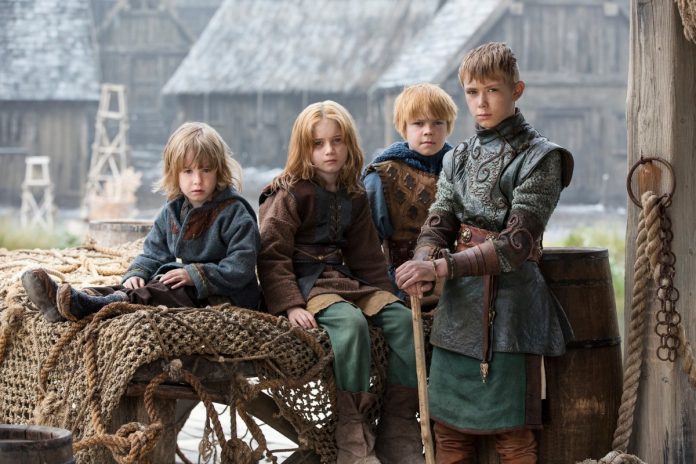 When History Channel’s hit periodical action drama series “Vikings” returns for season 4, viewers may expect some of the characters to undergo transformations.

According to IBTimes, stylist Dee Corcoran shared in celebration of the recent National Hairstyle Day her inspirations behind the iconic Nordic styles she had set-up on her own as reportedly, there are not many references from the actual Vikings period.

“I loved the braiding for the women so that’s how that started the Lagertha [Katheryn Winnick] look. It had lots of texture/ And for the men, for their long hair, we added extensions, which looked quite Vikingish on them!”

But as the season continues to unfold, it also requires for her to go back to the drawing board, “That’s a task. I do a board… a mood board for each character and I’ll pull a couple of styles, maybe four different styles that I like, and approve them with [Hirst]. And then show them to the actor,” she revealed to the news outlet.

She also teased that particularly when it comes to Lagertha, the warrior will have some great changes happening to her physical appearance, “This season you’ll see [Lagertha] with little pieces of Celtic metal [in her hair] when she’s going to battle, which looks fabulous on her.”

Viewers may also expect King Ecbert (Linus Roache) becoming somehow different due to a time jump, “We had to age Linus considerably so it gave us something to [sink] our teeth into,” she added.

Aside from the aforementioned characters becoming older, Ragnar Lothbrok’s (Travis Fimmel) son Ivar the Boneless will also be featured in the spotlight. On an interview with Entertainment Weekly, showrunner Michael Hirst lauded actor Alex Hogh Anderson who portrays the role.

“He is a great find. He’s a tremendous actor. Considering he’s playing a cripple, he has to play a lot off his face; his face is as expressive as Travis’. There are some great scenes between him and Travis in [the second half of the season]. He really is someone who’s going to take the show forward,” he hinted.

“Vikings” season 4 is expected to return to the smalls screens in fall.

'One Piece' chapter 836 spoilers: imminent danger awaits Luffy and the...