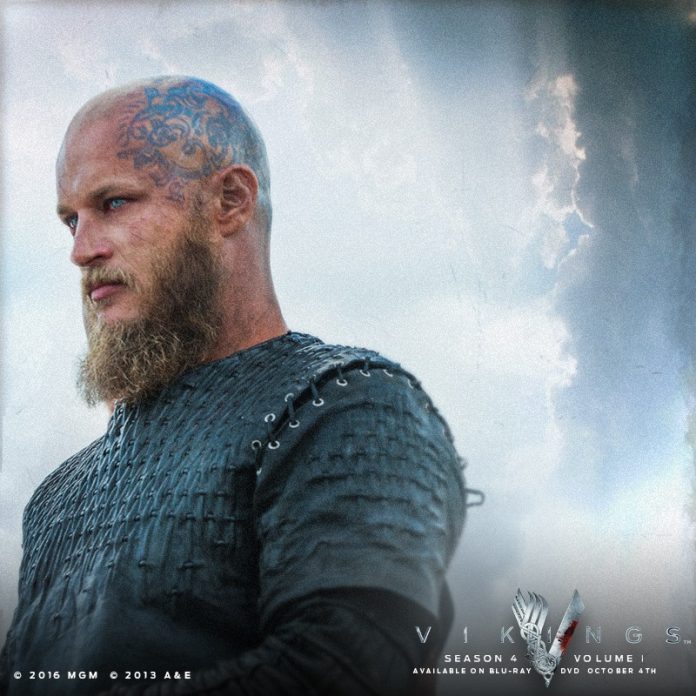 With the highly anticipated return of History Channel’s hit period series “Vikings” season 4 only a month away, the synopsis for the midseason premiere is finally here featuring one of the Lothbrok sons helping their father, Ragnar (Travis Fimmel), on a personal mission.

According to Spoiler TV, episode 11 titled “The Outsider” will tackle the following:

“Ragnar has returned to Kattegat and there are secrets to be revealed. He makes plans to return to Wessex to right past wrongs but finds that those who were once his closest allies now have plans of their own. Even the Lothbrok sons refuse to join their father’s mission except one.”

Some speculate that with the former king of Kattegat returning to his land, he will not be as popular as before he suddenly disappeared. Although the theme of betrayal appears to be the ongoing tone for the second half of the season, one son will stand by his side.

The network has yet to reveal who it is but speculations suggest that Ivar the Boneless (Alex Hgh Andersen) will be his supporter. This could possibly establish the important part the warrior will play in future events of the narrative.

Moreover, the latter half is predicted to be full of epic battles, action and blood. The shieldmaiden Lagertha (Katheryn Winnick) is said to be planning a power play in Kattegat while Bjorn (Alexander Ludwig) will attempt to fulfill his dream of exploring the Mediterranean seas aboard the boat built by Floki (Gustaf Skarsgrd).

In a preview interview with TV Fanatic, series creator Michael Hirst teased that the new installments are monumental and unlike anything they have ever done before.

“We’ve propelled Vikings to the topmost level of historical drama as we follow storylines inspired by real life events such as Bjorn Ironside sailing through the Mediterranean and Ivar the Boneless becoming the most feared warrior of all time. It’s not a story of one man, but a saga of Ragnar and his sons,” he elaborated.

Season 4B of “Vikings” is slated to premiere on Wednesday, Nov. 30.