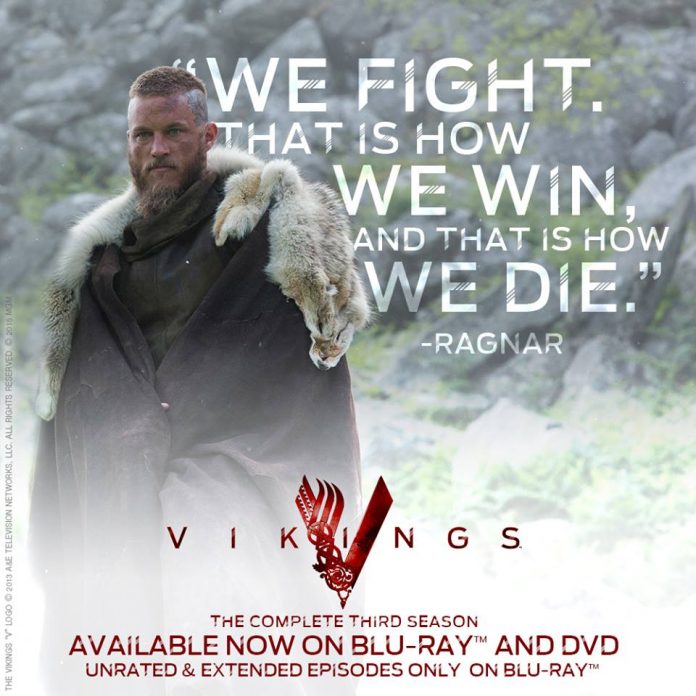 The fourth season of the Irish-Canadian drama series, “Vikings,” is set to premiere in February 2016, and speculations have arisen of Travis Fimmel leaving the series.

According to Crossmap, there are rumors that Fimmel, who portrays Viking Ragnar Lothbrok, will be leaving the show to focus on film productions. In any case, creator Michael Hirst seems to have prepared for Fimmel’s early exit, which means the show could be seeing what could be Ragnar’s farewell. However, how that exit may look like is not yet clear.

In the trailer for “Vikings Season 4,” Athelstan (George Blagden) is heard saying, “One generation passes away, and another generation comes,” which may be a strong hint to the end of Ragnar’s reign.

Ragnar Lothbrok, the farmer-turned-warrior who conquered Europe and became King of Denmark after Horik, has earned the favor of the series’ viewers, but as always, every reign must see an end. The trailer also shows Ragnar’s brother Rollo, played by Clive Standen, being identified as a traitor to the king and promises revenge over those he once called brothers.

Venture Capital Post also adds that Floki (Gustaf Skarsgard), Ragnar’s friend who killed Athelstan, will finally have to face his past and Ragnar is left to decide whether to save him or to leave him to face the consequences.

Back in April, Hirst stated that he had always imagined “Vikings” without Ragnar, as he has many sons who have the potential to do greater things than their father. He further added that creating adventures for the sons is something he “really, really [wants] to do.”

History channel’s general manager Dick Hoogstra is also optimistic about the future of the show’s storyline even without Ragnar as ‘Vikings” is established as one of the most compelling shows on television today.

It is most likely that either Bjorn or Ivar, Ragnar’s sons, or even one of his wives, Aslaugh and Lagertha, could replace Ragnar on the throne.