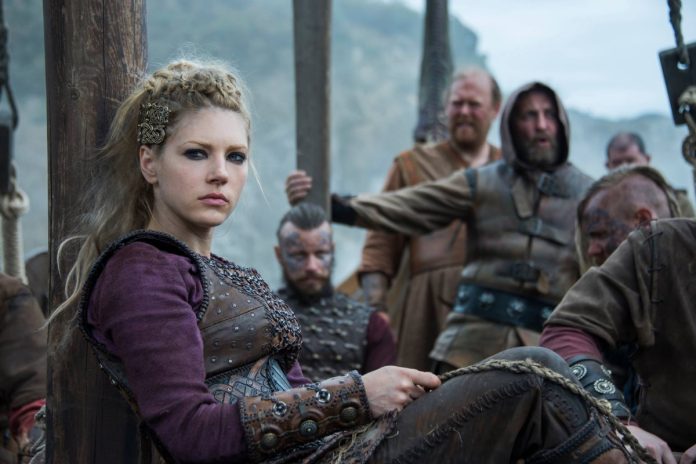 The Lothbrok brothers are finally facing each other in the upcoming midseason finale of History Channel’s hit periodical drama series “Vikings” season 4.

Titled, “The Last Ship,” episode 10 shows Rollo (Clive Standen) shouting, “Victory or death!” while Ragnar (Travis Fimmel) retorts with, “Rollo! I am waiting.” A montage of the Viking warriors fighting off the Frankish army aboard their respective boats is then showed, with Bjorn (Alexander Ludwig) and Lagertha (Katheryn Winnick) joining the actions.

The clip ends with Rollo and Ragnar fighting each other while the latter states as a warning, “One of us will die today.”

Another footage shows that Ragnar’s plan of attacking Paris changed as he decided to finally take down his treacherous brother, “When everyone wanted you dead, I kept you alive,” he shouted at Rollo, reminding him of his betrayal that transpired in the freshman run.

However, Rollo seems to finally make up his mind as a scene features him saying, “As long as my brother is alive, he is not defeated.” When the King of Norway tells him that the day will end with one of them meeting his demise, “And it won’t be me,” Rollo defiantly answers.

The synopsis of the installment reads, “In the Season 4 [midseason] finale, victory proves costly in the battle between the Vikings and the French as Ragnar squares off against Rollo, sealing the fates of the two brothers.”

It remains to be seen who will end up victorious between the two as viewers may remember that Ragnar is still struggling on his dependence to the drugs given to him by Yidu (Dianne Doan) but he is determined to give his brother what he believes he deserves. Meanwhile, Rollo is prepared to end Ragnar’s life presumably to step out of his shadow and prove that he is better than him.