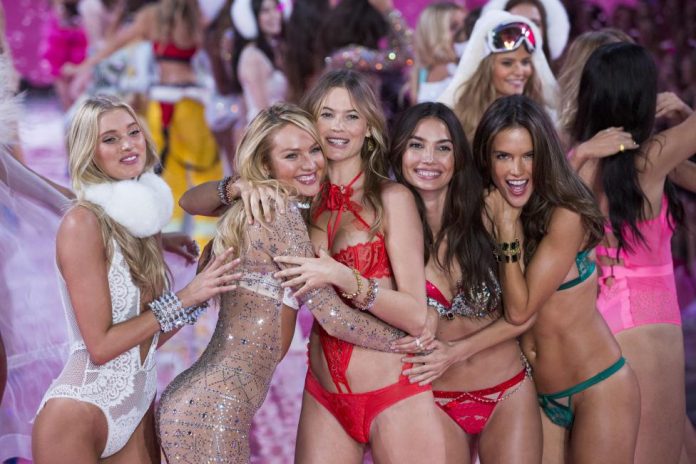 Angels were all over the place with their wings spread wide last Tuesday night for the annual Victoria’s Secret Fashion Show filmed in New York City.

After an out-of-town show last year in London, the famous lingerie retailer brought back its angels to New York City for its 20th year. As expected, it was a night full of glitz and glamour.

Debuting as new angels that night are supermodels and best friends Kendall Jenner and Gigi Hadid. The two who are arguably the supermodels of the season rocked colorful matching sets while professionally strutting down the runway. Perpetual angels Adrianna Lima and Alessandra Ambrosio also brought their sexy back showing everyone how it should be done.

But all eyes were on Lily Aldridge who was chosen this year to wear the famous Fantasy bra. The bejeweled lingerie is reported to cost $2 million and is made with various precious gems and stones like diamonds, yellow sapphires, blue topaz and pink quartz all set in gold. All the sparklers were sponsored by famous jeweler Mouwad. The 29-year-old “Sports Illustrated” magazine model also strutted a collar necklace and “wings” made of pompoms set in a fireworks-like arrangement to accompany the bra and belt set.

The California native was quoted by People as saying, “I’m super excited and I’m anxious to just get on the runway and wear it and be in the moment. Some of the girls who have worn it in the past are just like, ‘Enjoy every moment of it.’ It’s such a special experience and I’m really excited,” before she walked down the runway.

The fashion show was complemented with an excellent set of performers who accompanied the angels while they rocked their respective lingerie sets. Selena Gomez  who sported icy blue eyes, an ode to supermodel Adriana Lima  Ellie Goulding, and The Weeknd completed the show’s line up.

'One Piece' chapter 839 spoilers, news: Sanji fights with his brothers,...