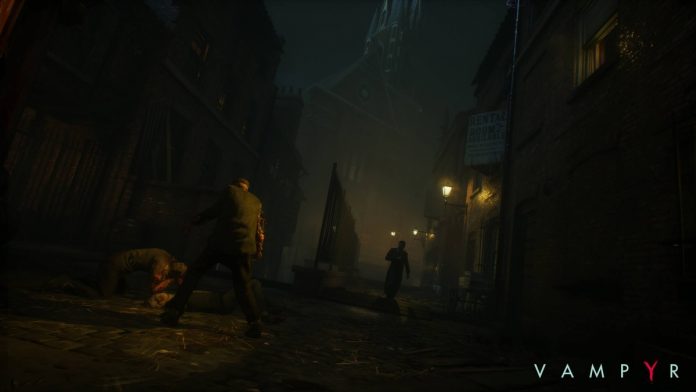 When the role-playing game “Vampyr” was announced in the middle of last year, its concept art featured the game’s setting, London, at a time when the Spanish flu was wreaking havoc in Europe. Because concept art may not reflect the real look of any game, a game’s screenshots are a better gauge of what the game will really look like when it comes out. According to a report in Engadget, developer Dontnod Entertainment recently released four screenshots revealing a dark and gloomy London in 1918.

All of the screenshots are characteristically dark and all of them show dark streets and alleyways, with pale yellow street lamps that can barely provide any light. All of these seem to provide the perfect setting for the game’s main character, a military doctor named Jonathan Reid who is also a vampire. He is caught between his commitment to heal and help the sick as a doctor and his bloodlust as a vampire that he also cannot deny.

As the game is described, the player will play as Dr. Reid as he navigates through the streets of London, helping people as the city deals with the flu, while at the same time, deciding who to sacrifice in order to satisfy his thirst for blood.

Dontnod Entertainment is known for its work in the adventure game “Life is Strange,” as well as the sci-fi action game called “Remember Me.” According to the report, “Vampyr” is quite a departure from the games that the developer is known for.

The game is likened to other games like “Assassin’s Creed.” The report describes it as a game that “includes a third-person, hand-to-hand combat system and superhuman parkour-inspired abilities.” The amount of blood a player harvests is the determining factor that helps players level up in terms of fighting abilities and personality traits.

The unique feature of the game is in the way Dr. Reid chooses his victims. The player, as Dr. Reid, should choose carefully as whatever choice is made will alter how the story and the game progresses. In the game’s trailer, Dontnod said, “Be careful who you choose to hunt as they will be gone forever, and their death will impact in a meaningful way the world that surrounds you.”