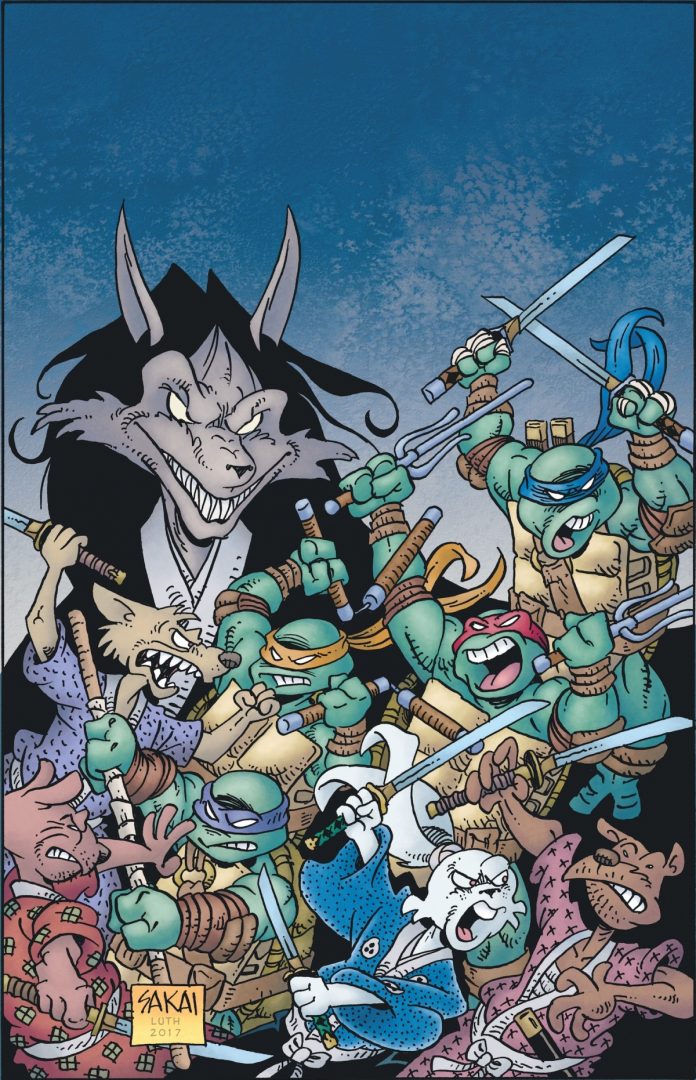 A rabbit samurai and four ninja turtles are joining forces to save the Japanese islands from an approaching doom brought by an earth-shaker catfish.

The upcoming issue of the “Usagi Yojimbo” comic book features a crossover with Nickelodeon’s “Teenage Mutant Ninja Turtles.” The comic strip is written and drawn by the infamous “Usagi Yojimbo” creator, Stan Sakai.

In his recent interview with Entertainment Weekly, Sakai revealed that the storyline is based on a Japanese folklore about “Namazu,” a humongous catfish that lives underneath the Nippon islands. It has been told that the movement of the animal causes earthquakes, hence, a god named Kashima trapped and pinned it down with a huge capstone.

“In my story, a piece of the capstone has crumbled off centuries ago, and that has weakened it. Because of that, the catfish has gotten stronger and is able to move a bit more. Usagi and the Turtles come into possession of a fragment of the capstone, and they have to put the fragments back together to trap the catfish,” Sakai detailed.

Unfortunately, the mission of the anthropomorphic heroes would not be easy.

The creator stated that a character named Jei is on a sacred quest to eliminate all evil in the world. He believes that if he annihilate the people in the islands, he is also destroying evil. Thus, Jei is doing his best to prevent the heroes from completing their task to fulfill his quest.

At the beginning of the story, Usagi and the mutant ninjas will have difficulties establishing group dynamics.

“There are suspicions all the way around,” said the Japanese-American cartoonist. He teased that there will be a lot of actions in the upcoming issue, including the one-on-one combat between Usagi and Leo since both are samurai experts but have different styles.

“I even have a double double-page spread, which is four huge panels of Usagi, the turtles, Jei, and Splinter having a huge fight during an earthquake,” Sakai further stated.

The exciting crossover event will hit the shelves this July in standard comic book format as well as in deluxe hardcover collector’s edition.

'House of Cards' season 4 news: Show to be released on...