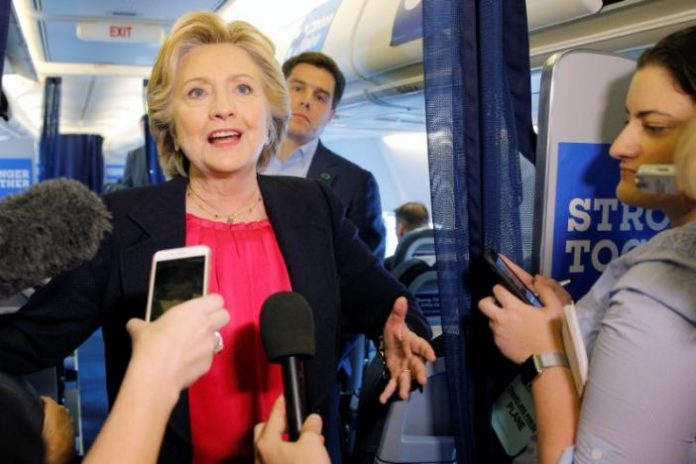 As the U.S. presidential election draws near, an average of national opinion polls from Real Clear Politics shows that Donald Trump is now within striking distance of Hillary Clinton. The Democratic presidential candidate has enjoyed a wide lead, but it looks like Trump is narrowing the gap.

Right now, Clinton is only 4.6 points ahead of Trump in the two-way race poll with 47.1 points. She’s 3.8 points ahead of her rival in the four-way race poll with Gary Johnson and Jill Stein dropping further back. As the race tightens, The New York Times reported that The Upshot’s elections model still shows that Clinton has a 91 percent chance of winning while Trump’s chance of winning is just nine percent.

Meanwhile, reports have revealed that the FBI is going to conduct a new probe on Clinton’s private email server. Sources say the FBI had been investigating the text messages former congressman Anthony Weiner supposedly sent to an underage girl when they stumbled upon the Clinton emails. Weiner is the estranged husband of Clinton aide Huma Abedin.

It didn’t take long for Trump to take advantage of Clinton’s latest scandal.

“This is the biggest political scandal since Watergate, and I’m sure it will be properly handled from this point forward,” he told his supporters during a rally in Lisbon, Maine. “We hope that all, all justice will be fully served. Lock her up.”

Meanwhile, Clinton appeared unfazed when she heard the news.

“I’m confident whatever they are will not change the conclusion reached in July. That’s why it’s incumbent upon the FBI to tell us what’s going on,” she stated.

The probe couldn’t come at a worse time for Clinton since the election is going to be on Nov. 8. That’s just two weeks away. Will this investigation hurt Clinton’s chances in the election? Will Trump gain more ground because of this?