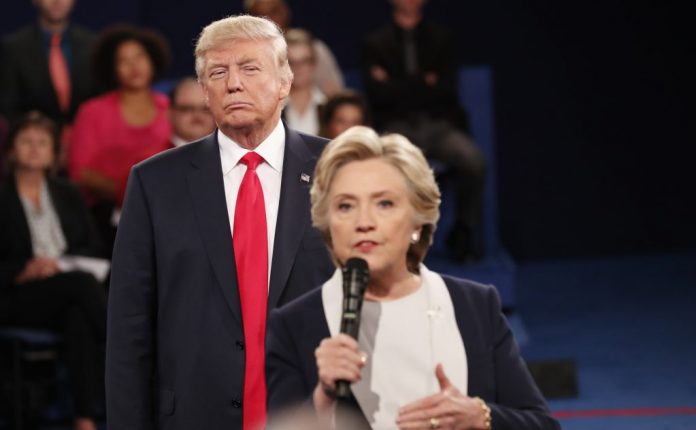 The latest presidential debate did not help the billionaire businessman in trying to at least appease the crowd from the uproar rooted from the publicized videotape of him making lewd comments about women in 2005. Unfortunately, the debate in itself was also not groundbreaking in any matter. Trump and Democratic competitor Hillary Clinton continued to trade blows most of the event despite the regulators trying to steer them back to the matters at hand. Trump tried to outspeak Clinton almost the same time she starts to speak and coupled it with tirades against her husband, former President Bill Clinton. Clinton, on the other hand, capitalized on the backlash that Trump is currently receiving from his misdemeanors.

The controversial tape immensely hurt Trump’s chances against the former secretary of state as she widened her lead by 14 percentage points nationally which is double her previous advantage.

As for the Republicans, they are once again in disarray after a couple of weeks showing unison as they backed Trump’s bid for the White House. House Speaker Paul Ryan revealed on Monday that while he is still endorsing the 70-year-old political newbie, he was also adamant that he will no longer defend Trump’s actions. In a conference call with Republican members of Congress, Ryan instead started making preventive measures in case a Clinton administration eventually comes to fruition.

“You all need to do what’s best for you in your district,” he was quoted saying, further adding that his latest decision roots from doing what is best for his members and for himself.

Following Ryan’s comments, Trump hit back with a tweet lambasting the 2012 vice presidential hopeful saying that he should divert his efforts to doing his job.

“Paul Ryan should spend more time on balancing the budget, jobs and illegal immigration and not waste his time on fighting Republican nominee,” he wrote.

The third and final presidential debate, which will take place later this month in Las Vegas, is expected to have the two contenders at the top of their games in trying to outdo each other. CNN reports that as early as now, Clinton’s aides are already preparing for more mudslinging from Trump.