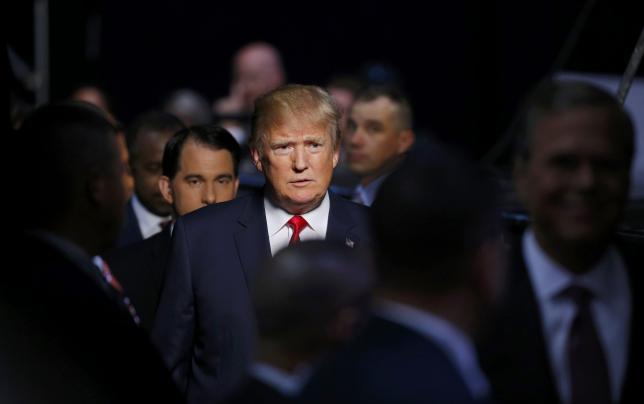 Fresh from his high rated stint in Saturday Night Live (SNL), Republican presidential candidate Donald Trump may have found new supporters with the not so merry Starbucks customers.

In light of the controversial Starbucks holiday cups released for the Yuletide season, Trump suggested to boycott the popular caf chain in his speech Monday evening. During his Nov. 9 campaign rally in Springfield, Illinois, he was quoted in saying, “Did you read about Starbucks? No more Merry Christmas on Starbucks.”

“I have one of the most successful Starbucks in Trump Tower. Maybe we should boycott Starbucks? I don’t know. Seriously, I don’t care. By the way, that’s the end of that lease but who cares,” the former “The Apprentice” host added.

The scandal regarding the holidays cups of Starbucks broke out when an Arizona-based evangelist named Josua Feuerstein posted a Facebook video narrating his recent experience in the establishment while getting his caffeine fix.

“Do you realize that Starbucks wanted to take Christ and Christmas off of their brand-new cups?” he asked in his video which was viewed over 2 million times already and still counting. “That’s why they’re just plain red,” he added.

But instead of boycotting the coffee house, Feuerstein told the barista that his name was “Merry Christmas” which then led to have it written on the cup. He urged fellow customers to do the same and post selfies with their cups on social media.

Starbucks has incorporated various Christmas themed designs in their holiday cups like vintage ornaments and hand drawn reindeers all throughout the years since the tradition started in 1997. Now, the famous red cups are just plain and blank.

For their part, Starbucks explained that the reason they opted for bare red cups is to give the customers a chance to customize their own by drawing their design. Jeffrey Fields, Starbucks vice president of design and content said in a statement, “Starbucks has become a place of sanctuary during the holidays. We’re embracing the simplicity and the quietness of it. It’s more open way to usher in the holiday.”