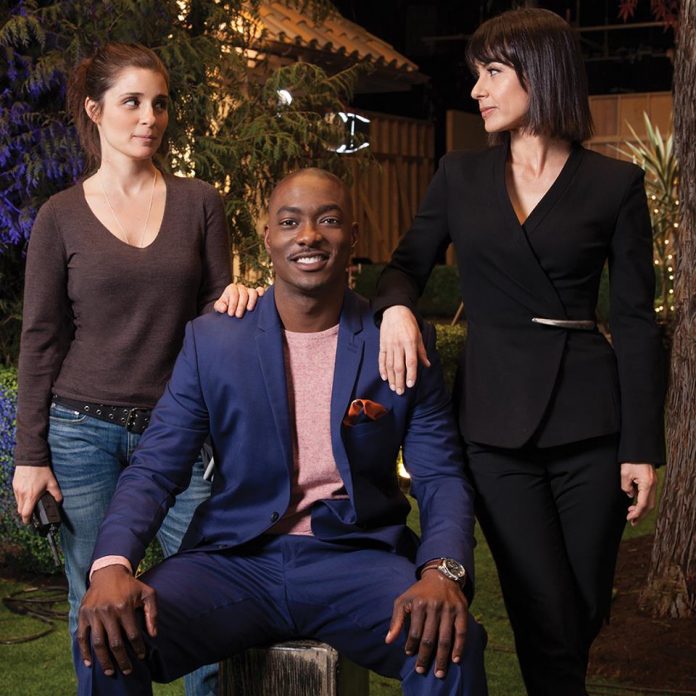 The rivalry between the executive producers continues in the upcoming new installment of Lifetime’s comedy series “UnReal” season 2.

Titled “Guerilla,” the synopsis for episode 3 reveals that Chet Wilton (Craig Bierko) has been given permission to produce a more male-oriented version of their reality show. Meanwhile, on the show, Quinn King (Constance Zimmer) will target two vulnerable contestants in the hopes that it will produce a dramatic episode.

Elsewhere, Rachel Goldberg (Shiri Appleby) suspects that Darius Beck (B.J. Britt) is hiding a secret from her, while Chet will also fight for the legal custody of his son.

It is predicted that some serious drama may be happening that will help push Rachel to get back closer to her season 1 self. Some fans note that they do not want to see her being dragged off in a whirlwind romance but they also do not want her to experience every trick that Quinn commonly does to the contestants.

The narrative follows the recently released episode 2 “Insurgent” which featured the beginning of the competition between Chet and Quinn. As they decided to have their own visions for the “Everlasting” show, it forced their crew to split up and formed new alliances. This led to some betrayals and manipulations taking place on set.

On a related note, the network recently announced ahead of the season 2 premiere that they have renewed the show for another run. According to Variety, season 3 will consist of 10 episodes, scheduled to premiere sometime in 2017.

“‘UnReal’ is that rare series that redefines a network. It not only reflects culture, but pushes culture forward by creating television’s first female antihero,” said Liz Gateway, executive vice president and head of programming for Lifetime.

“The overwhelming fan and critical reaction set the bar incredibly high, but the writers and executive producing team, coupled with the outstanding performances by Shiri Appleby and Constance Zimmer, have taken the second season to even greater creative heights,” she concluded.

'Kingdom Hearts 3' news: upcoming installment may only feature weapons from...