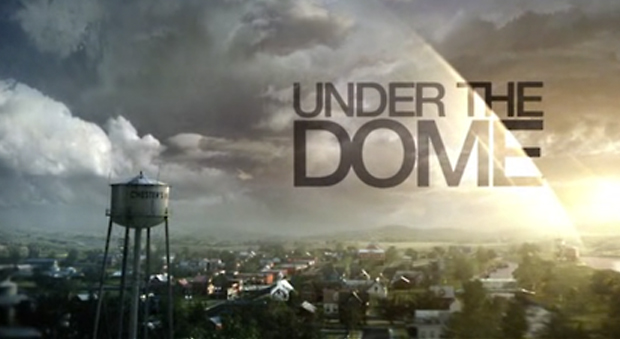 The last season of ‘Under the Dome’ ended with two residents losing their lives. And according to the teasers online, more people are in danger, in the next season.

According to a picture released for the premiere of season 3, a character will be seen facing danger in the next season. Ben is lying down on the ground as Barbie tries to revive him by giving him a CPR.

In the finale of season 2, the residents of Chester’s Mill were in the underground cave as they were about to make some discovery. And Barbie was seen touching a wall full of butterflies that crumbles upon his touch. Also, Jim gets his revenge by killing Rebecca and Andrea. And finally, his son Junior shoots at him in the finale cliffhanger.

Will Jim survive in the next season?

Tim Schlattmann and Neal Baer, the executive producers of the show, speaking to Entertainment Weekly, about the plot for the next season said that Barbie will be seen becoming a father, and the mother will have a huge surprise waiting.

They also revealed that there will be a new character in the next season, portrayed by actor Eriq La Salle. The new character will be the CEO of the energy company Barbie’s father runs.

However, the interesting news that the executive producers have revealed is that the next season will have answers to the questions about the dome, the reason behind its formation above the town and its real intention.

Speaking to TV Line, in an interview, Schlattmann revealed, “Why was there 25 years to pass before the dome came down? What was in play 25 years ago that set all this in motion? That’s one of the biggies we’re going to address. You’ll see how these puzzle pieces form a puzzle that may be different from what you thought it would be.”

Season 3 of ‘Under the Dome’ premieres on June 25 on CBS.

'The Vampire Diaries' season 8 spoilers: Characters to revisit their past