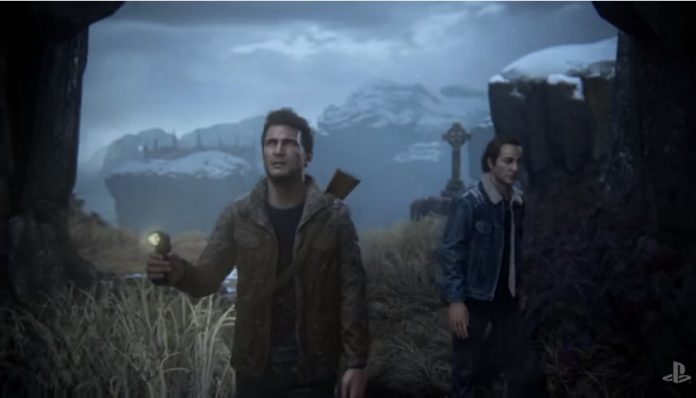 Players of Naughty Dog’s “Uncharted 4: A Thief’s End” seem to have a lot to look forward to in December as speculations regarding a touted standalone downloadable content pack start to gain traction in the rumor mill.

According to Jaffameister, an insider source at Sony shared that the expansion will be revealed at the upcoming PlayStation Experience (PSX). The DLC’s story allegedly revolves around the adventures of Samuel, the brother of protagonist Nathan Drake. He will be joined by a longtime member of the franchise, Sully. It appears that Nathan may hand over the reins to his brother.

The game’s presentation during the said event is said to consist of a gameplay segment, a showcase of cutscene footage and the unveiling of the DLC’s official title. Since it is believed to be standalone expansion, players who want to check it out do not need to have the base game.

It is expected that both Richard McGonagle and Troy Baker will reprise their roles as Sully and Sam, respectively, in the pack that is purportedly longer than the acclaimed “Left Behind” DLC for the “The Last of Us.” Moreover, there are assumptions that Nathan’s daughter Cassie will not appear in the additional content. This is taken to mean that she may likely become the next hero of the main “Uncharted” franchise as it moves forward.

Some fans pointed out that Naughty Dog has a history of announcing DLCs towards the end of the calendar year and it is likely that a new one may be featured next month. But since there is no announcement yet, available information should be taken with a grain of salt.

The standalone DLC is expected to be released in the first quarter of 2017 while others predict that it may arrive in the summer. Sony’s PSX 2016 is set to take place in Anaheim, California on Dec. 3 and 4.