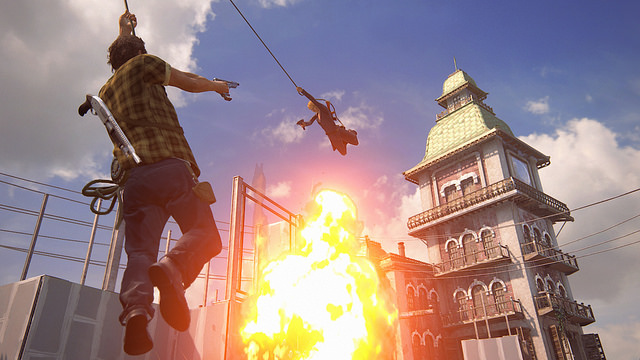 Fans of “Uncharted 4” can already get a glimpse of the game as developer Naughty Dog has released a beta version focusing on its multiplayer mode. The beta brings in new map details, team death match, Sidekicks, and other gameplay features.

In the new mode, players play five-on-five with either villains or hero characters in a death match. After which, they select weapons such as rifles, pistols, and mines to strategize and go against their opponents.

In the PlayStation Experience event held last week, iDigital Times was able to test the “Uncharted 4” multiplayer version. The report observed that one of the new features in the game is the leeway to purchase totems that can trigger powerful weapons that may feature a twist in a supernatural way.

On the other hand, the game seems to be gearing to become a really good “Uncharted 4” as it not only runs smoothly but also features great multiplayer on its linear story-mode style, according to Metro. It should even become better as the developers add more maps and modes to the game to cap off as a side story of the single-player version.

Aside from the beta, Naughty Dog also released a new patch and live update for players who have a digital copy of “Uncharted: The Nathan Drake Collection.” The fix, referred to as patch 1.04, aims to address some stability issues to prevent the game from crashing when matchmaking and adding additional statistics to the tracks. It has also addressed the bugs on the Mysticals, enhanced the teleportation in the Spirit of Djinn, and improved the accuracy of some of the weapons. It has also released a patch 1.05 although it is still uncertain what the newest patch aims to fix.

The beta version of the game already started on Dec. 3 and will run until Dec. 13. “Uncharted 4” will be launched on March 18 next year for PlayStation 4 consoles.

'Jane the Virgin' season 3 spoilers: Jane has to make some...