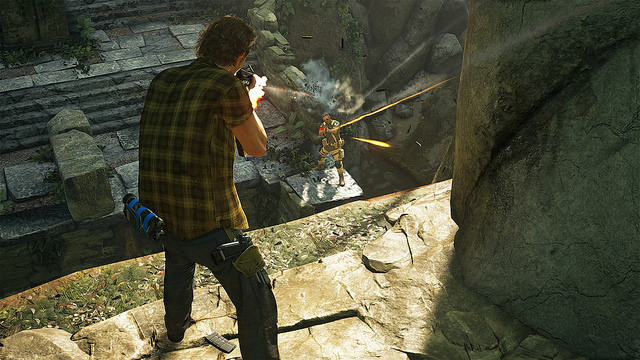 The much-awaited multiplayer mode for the action-adventure third-person shooter game, “Uncharted 4: A Thief’s End,” has been announced during the Paris Game Week. Naughty Dog Lead Game Designer Robert Cogburn wrote the details on the PlayStation.Blog.

“Expect the teamwork, over-the-top action-adventure, and detail-rich gameplay environments you’ve come to expect from the ‘Uncharted’ series Multiplayer mode. We have greatly enriched multiplayer with elements you may have caught in the trailer,” Cogburn said.

Called “Uncharted 4: A Thief’s End Multiplayer,” the mode’s new features include Sidekicks. The AI-controlled characters can be called upon by gamers for help. They are equipped with different unique abilities that can alter the course of the battle.

Another feature is the availability of Mysticals. These supernatural abilities have been introduced throughout the “Uncharted” game series. In the multiplayer mode, players will be able to use them to gain various powers.

The third system is the Grappling Hook. With the help of this device, players will be able to land on top of their enemies and scale locations that are difficult to reach in the multiplayer maps.

“Over the course of development for Uncharted 4 Multiplayer there have been a number of ideas that sounded great on paper, which were tried and failed… We were constantly applying our lessons learned on our previous experiences with Uncharted 2, Uncharted 3, and The Last of Us which helped shape an incredibly exciting, fast, and deeply rich multiplayer game,” Cogburn added on the blog.

For those who cannot travel to Paris to try out the new game mode at the Naughty Dog booth, exclusive access to the “Uncharted 4: Multiplayer Beta” can be earned by purchasing the “Uncharted: The Nathan Drake Collection.” The beta starts Dec. 4 and ends Dec.13.

Likewise, a hands-on experience will be available during the PlayStation Experience from Dec. 5 to 6 in Moscone West, San Francisco, California.

The final and full version of “Uncharted 4: A Thief’s End” will be released worldwide on March 18, 2016.

HoloLens update: Microsoft and Volvo working together on selling cars via...

League of Legends news: Tahm Kench is the new 'League of...