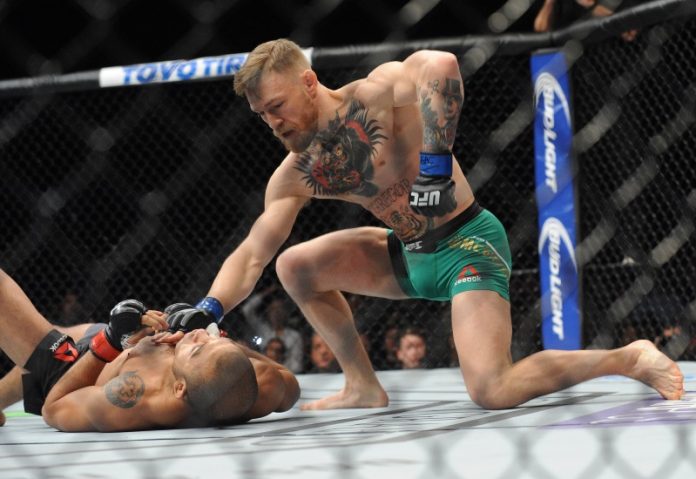 The action outside the caged fighting ring is heating up as the blockbuster March match co-headlined by Conor McGregor and Holly Holm is closely coming to reality.

What was originally dubbed as UFC 197 is now being rebranded as UFC 196 after a mix up in headlining acts for the latter event. UFC 196 was supposed to feature Fabricio Werdum going against Cain Velasquez in the main event, but now the two fighters are already out of the equation. This forced the UFC to cancel the pay-per-view by instead pushing the Feb. 6 main card to Fox Sports 1 with a brand new title fight featuring Johny Hendricks vs. Stephen Thompson.

In addition to the name change, UFC is also facing a growing scandal involving Conor McGregor. The current champion has been the subject of reports afted Jose Aldo accused Dana White of giving the McGregor too much leeway when they allowed him to keep the belt in the Featherweight division while also fighting in the Light Weight category.

Now, Aldo is putting his foot down saying that he will only comeback to the UFC if they will give him a title fight or a rematch against McGregor. As fans know, that might still be a long way to go given that the Irishman is slated to battle Rafael Dos Anjos in UFC 196.

“I was quiet for awhile because I was waiting for my rematch based on how the fight went down,” Aldo wrote on his Instagram post. “In fact, I was already training for it, but apparently I was wrong. So I wanted to make something clear to the UFC: For everything I have done, everything I have accepted and mostly how the fight ended, I will not accept any other fight other than a title shot.”

“My only exception would be fighting [McGregor], at any time, anywhere, and once that he is afraid and knows that I’m gonna win,” the Brazilian veteran added.