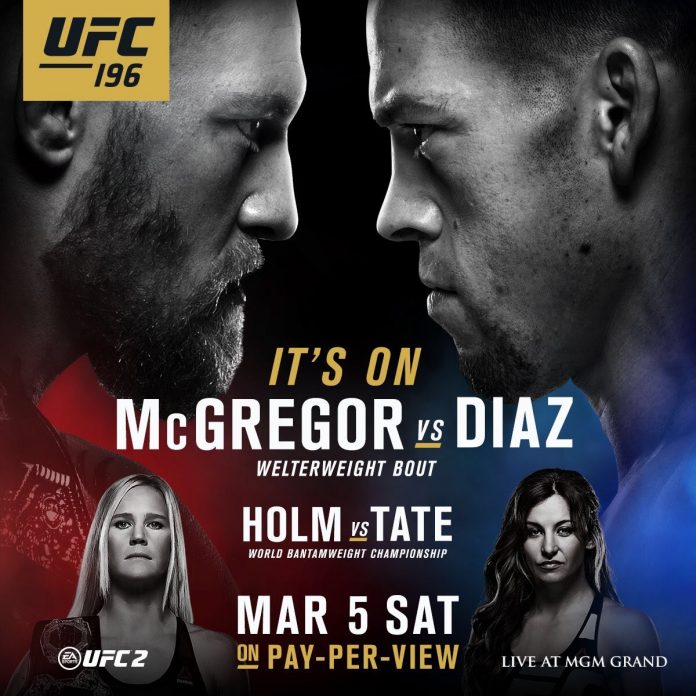 The headliners of UFC 196  treated the media to one expletive-filled fight conference as they traded barbs and accusations leading up to their non-title fight.

Featherweight champion Conor McGregor and Nate Diaz, who was brought in as a last minute replacement of UFC lightweight champion Rafael dos Anjos will be squaring off in the octagon on March 5, reported Guardian.

The fight was supposed to be the Irishman’s shot to make UFC history by possibly holding two belts at the same time but because Diaz could not drop the weight in time for the fight because of the time constraint, McGregor agreed to move up two weight classes.

“His soft body and his lack of preparation, he will not be able to handle the ferocity. End of the first I feel he will be put away. There’s a respect there between us but it’s business in there and business is business. He will be KO’d inside the first round,” McGregor said confidently.

Insulted by the comment, Diaz hit back by saying that everyone in the UFC was on steroids, which the champ didn’t take too kindly to because of his strong stance against the use of performance enhancing drugs.

While the animosity between the two fighters builds the potential to an explosive match, “The Califoria Kid” Urijah Faber said that he was actually UFC President Dana White’s first choice to get the match when dos Anjos was injured. He said however, that Diaz was handpicked by McGregor himself to be his opponent.

Dance Moms season 6: Cathy Nesbitt-Stein to take over from Abby...