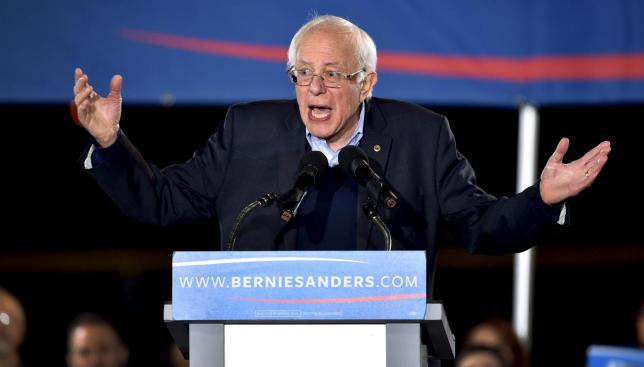 Vermont Senator Bernie Sanders recently won a suprise victory in Michigan’s primary. A big upset over Hillary Clinton polling and predictions in the demographically diverse state which is largely involved in manufacturing. However, Clinton is still ahead in terms of delegate count with her win in Mississippi. Regardless, the major victory in Michigan for Sanders is crucial for his campaign and its survival as it would give the senator the extra momentum to move forward.

“I want to take this opportunity to thank the people of Michigan, who repudiated the polls that had us 25 points down a few days ago, and repudiated the pundits who said Bernie Sanders is not going anywhere,” Sanders said, as quoted by Time. “What we have done is created the kind of momentum that we need to win,” he added.

This shows that Sanders could still grab a victory despite lagging behind over-all delegate counts and, according to USA Today, it also undercuts the Clinton campaign’s claim that Sanders is not competitive in larger, industrial states.

Sanders’ victory was, in part, due to his strong showing with white, working-class voters. According to the same Time report, Sanders likely convinced them with his strong opposition to trade agreements.

His anti-trade, anti-corporate message about a “rigged economy” is perfect to the people of Michigan. Over the years, the state of the manufacturing base in Michigan has eroded resulting to the loss of a lot of jobs in the state. This was attributed by many to losses to trade deals such as NAFTA, which was passed during Bill Clinton’s presidency.

Also, Sanders was able to resonate to black voters as well, winning 30 percent of that demographic. This is still largely behind Clinton, but much better than in the Southern states.

Over-all, this Michigan victory explains why, for months, Sander’s top aids have been expecting a so-called “Showdown in Motown.”

“What tonight means is that the Bernie Sanders campaign, the people’s revolution that we are talking about, is strong in every part of the country.” Sanders said as quoted by USA Today.